Profits Jumped in 2016 for Independent Mortgage Bankers in U.S.


According to the Mortgage Bankers Association's Annual Mortgage Bankers Performance Report, independent mortgage banks and mortgage subsidiaries of chartered banks in the U.S. made an average profit of $1,346 on each loan they originated in 2016, up from $1,189 per loan in 2015. 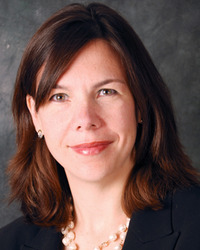 "Average production volume for companies in our Annual Performance Report rose in 2016, reflecting a larger industry trend of increasing volume in 2016 over 2015, based on MBA industry estimates," said Marina Walsh, MBA's Vice President of Industry Analysis.

"Mortgage lenders with servicing portfolios experienced significant fluctuations in the valuation of their mortgage servicing rights related to corresponding interest rate fluctuations during 2016.  Most servicers reported net servicing financial losses in the first half of the year, followed by recoveries by the end of the year."
"Including both production and servicing operations, 94 percent of the firms in the study posted overall pre-tax net financial profits in 2016, from 92 percent 2015."