The Pending Home Sales Index (PHSI), a forward-looking indicator of home sales based on contract signings, rose 8.8% to 132.8 - a record high - in August. Year-over-year, contract signings rose 24.2%. An index of 100 is equal to the level of contract activity in 2001.

"Tremendously low mortgage rates - below 3% - have again helped pending home sales climb in August," said Lawrence Yun, NAR's chief economist. "Additionally, the Fed intends to hold short-term fed funds rates near 0% for the foreseeable future, which should in the absence of inflationary pressure keep mortgage rates low, and that will undoubtedly aid homebuyers continuing to enter the marketplace.

"While I did very much expect the housing sector to be stable during the pandemic-induced economic shutdowns, I am pleasantly surprised to see the industry bounce back so strongly and so quickly."

Yun notes that while pending contracts are at an all-time high, that will not necessarily translate to a record number of home sales because not all contracts lead to closings and due to sampling size variations. He also points out that pending home sales are outperforming many pre-pandemic averages, but says that without matching supply, the recovery will not be sustainable.

"Home prices are heating up fast," he said. "The low mortgage rates are allowing buyers to secure cheaper mortgages, but many may find it harder to make the required down payment."

Realtor.com's Housing Market Recovery Index, which reveals metro areas where the market has recovered or even exceeded its previous January levels, showed the greatest recoveries as of September 19 were in Seattle-Tacoma-Bellevue, Wash.; Las Vegas-Henderson-Paradise, Nev.; Boston-Cambridge-Newton, Mass.-N.H.; Denver-Aurora-Lakewood, Colo.; and Philadelphia-Camden-Wilmington, Pa.-N.J.-Del.-Md.

All four regional indices recorded increases in contract activity on a month-over-month basis in August. 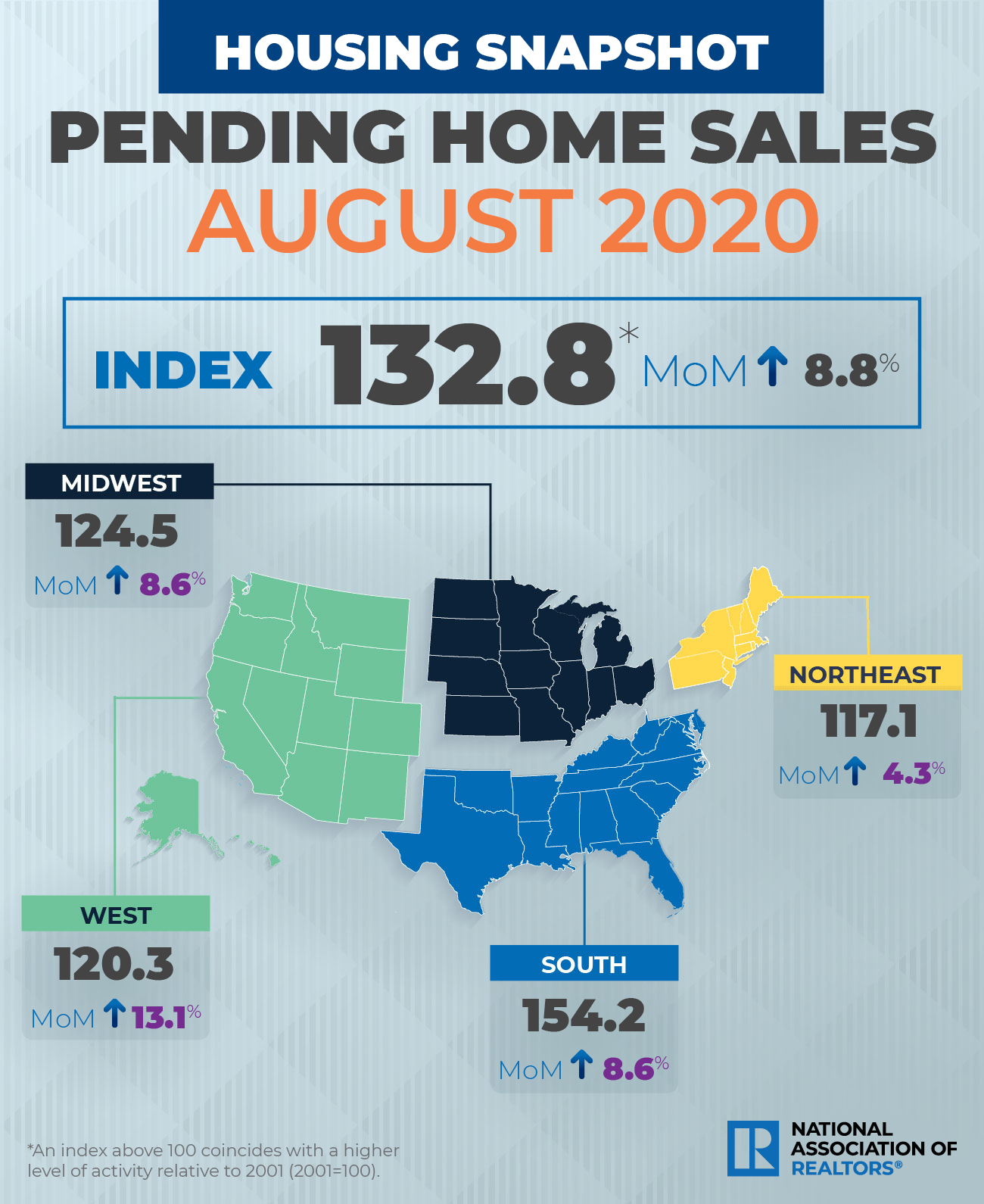 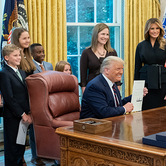 Mortgage Loans in Forbearance Declines in U.S. to 6.87 Percent

The Mortgage Bankers Association is reporting in their most recent Forbearance and Call Volume Survey that the total number of loans now in forbearance decreased by 6 basis points from 6.93% of servicers' portfolio volume in the prior week to 6.87% as of September 20.

According to the U.S. Department of Housing and Urban Development and the U.S. Census Bureau, sales of newly built, single-family homes in August 2020 topped the 1 million mark and reached their highest pace since September 2006.

According to the Mortgage Bankers Association's Weekly Mortgage Applications Survey for the week ending September 11, 2020, U.S. mortgage applications decreased 2.5 percent from one week earlier. This week's results include an adjustment for the Labor Day holiday. 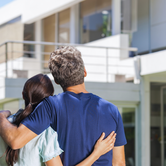 U.S. Home Prices up a Record-Setting 13 Percent Annually in August