According to the National Association of Realtors, despite dropping slightly in the last month of 2020, the latest pending home sales registered as the highest ever recorded in the month of December.

The decrease marks the fourth consecutive month of month-over-month declines. While contract transactions fell in one of the four major U.S. regions, activity climbed or remained flat in the three other areas. Compared to a year ago, all four regions witnessed double-digit gains in pending home sales transactions.

The Pending Home Sales Index, a forward-looking indicator of home sales based on contract signings, waned 0.3% to 125.5 in December. Year-over-year, contract signings jumped 21.4%. An index of 100 is equal to the level of contract activity in 2001.

"Pending home sales contracts have dipped during recent months, but I would attribute that to having too few homes for sale," said Lawrence Yun, NAR's chief economist. "There is a high demand for housing and a great number of would-be buyers, and therefore sales should rise with more new listings."

"This elevated demand without a significant boost in supply has caused home prices to increase and we can expect further upward pressure on prices for the foreseeable future," Yun said.

Yun continues to project that 2021 will bring about strong economic growth, supported by low mortgage rates and fiscal stimulus, which in turn will bolster existing-home sales.

"I expect the 30-year fixed mortgage rate to average 3%, with the Federal Reserve refraining from any rate increases this year," he said.

Yun added that, with rates to remain low, existing-homes sales are likely to reach 6.49 million, which would be a 15% increase from 5.64 million in 2020. "There will also be slower home price appreciation, likely 6.6%, as increased confidence from homebuilders will ultimately lead to an increase in housing starts."

Realtor.com's Housing Market Recovery Index, which reveals metro areas where the market has recovered or even exceeded prior trends, showed Portland, Ore.; Las Vegas, Nev.; Denver, Colo.; Los Angeles, Calif.; and Boston, Mass., had enjoyed the most significant recovery as of January 16. 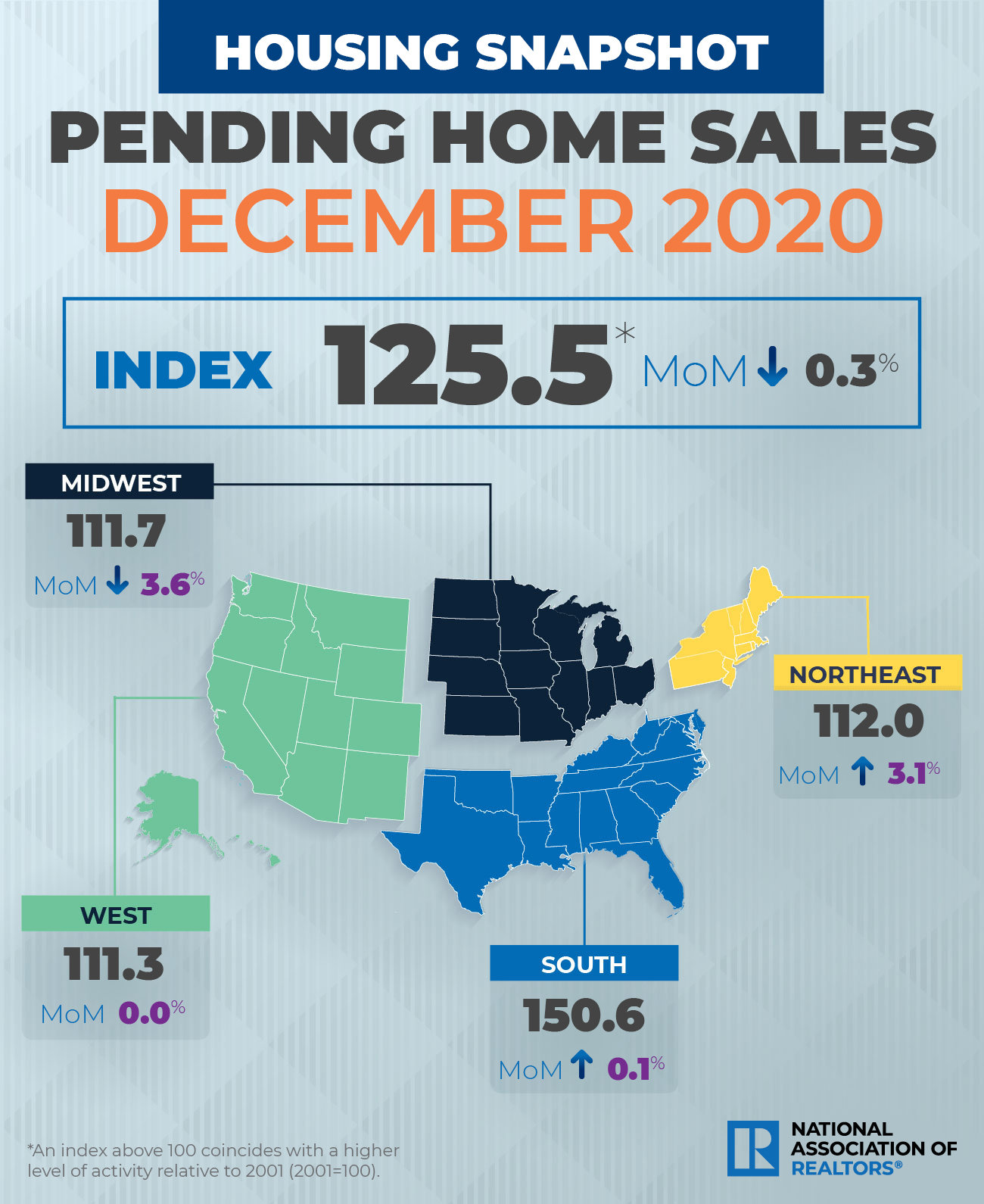