In the wake of the Supreme Court ruling to overturn Roe v. Wade last week, a portion of U.S. citizens could potentially change where they want to live.

According to recent survey by national property broker Redfin, about 1 in 7 people (15%) who recently moved say they would not live in a place where abortion is fully legal.

Combined, 40% of respondents had a positive view on living in a place where abortion is fully legal, while 32% had a negative view. The data in the report is based on an August 2021 Redfin survey of 1,023 U.S. residents who moved to a new home during the 18 months prior to the survey.

"Before the pandemic, abortion was legal in every state--although, not necessarily accessible," said Redfin chief economist Daryl Fairweather. "Homebuyers were migrating across state lines before those state lines had such drastic repercussions. I believe that now movers are going to take the state laws in place more seriously. Affordability is always going to be the top concern for homebuyers, but I think moving from a place like Los Angeles to Austin will be a more difficult decision for some women."

Texas, where most abortions were banned in 2021, has been a popular landing spot--especially for people coming from California. San Antonio and Dallas have all ranked among the top 10 migration destinations in recent months.

Democratic run States like New York and California are also gearing up, promoting and are considering funding with public taxpayer funds cross border abortions for out of State citizens where abortions are illegal in a new practice called 'abortion tourism'. 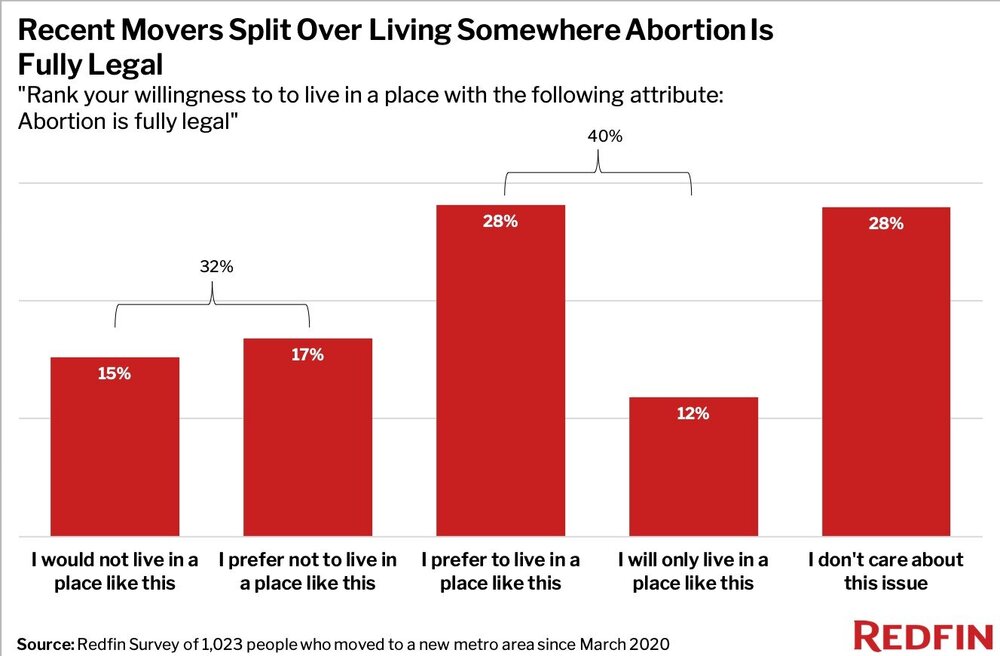