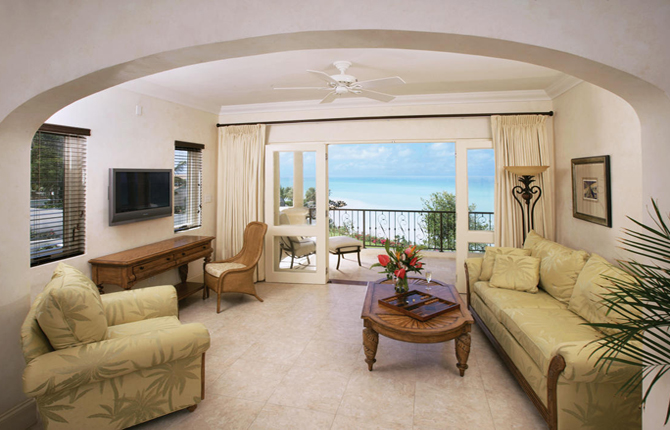 FREE Newsletter Signup »
Beachfront Homes in the Grounds of Award Winning Blue Waters Hotel
'Blue Waters Residences,' is a limited collection of luxury villas in the grounds of the award winning boutique resort Blue Waters Hotel. Priced from $500,000 (£320,000) to $1,050,000 (£672,000).
The privately owned hotel, has played host to many A list celebrities over the last 27 years of its operation and is now offering the opportunity to others to live the celebrity lifestyle by owning their own piece of Caribbean paradise.

Celebrities that have stayed at Blue Waters include John Barrowman (February 2010), Piers Morgan, Caprice, Paul Young, Robbie Fowler, Pauline Collins and George Graham. Piers Morgan, who stayed at the hotel's Rock Cottage, said: 'It was as close to perfection as a Caribbean holiday could get."

Blue Waters is a British-Colonial style boutique resort nestled into a secluded sandy cove in 17 acres of lush tropical gardens, on the North coast of Antigua. The hotel is owned by the British born Ronald Randall, a self made and successful entrepreneur, who acquired the hotel 27 years ago from a local Antiguan who was given the land by the Queen for his duties during the Second World War on the proviso that he built a 30 bedroom hotel.

The hotel has since extended to 77 rooms and has won many awards over the years, such as Antigua and Barbuda's Leading Hotel in the World Travel Awards in 2006, and was voted by Virgin Holidays as the 'Best Hotel' in the Caribbean and Mexico' in 2006.

The Blue Water Residences will comprise of eight freehold villas (5 three bedroom villas, 2 two bedroom villas and 1 one bedroom villa) which will be extensively refurbished and are available to purchase on a buy-to-let basis. The villas will be finished in a colonial style, in keeping with the rest of the hotel, with interiors featuring natural stone worktops and tiles in the kitchen, a Victorian style bathroom suite with free standing baths in the bathroom, and carved wooden furniture throughout the villa. Outside a 200 sq. ft plunge pool will provide a welcome cooling respite to the hot Caribbean sun.

Owners can enjoy hassle free ownership and can utilise the property for up to two months per year (one month in high season and one month in low season). The property is maintained and rented out in the owner's absence and the villas are expected to provide a minimum of 6% rental yield, based on previous hotel occupancy records that have averaged 80% over seven years up to 2008.

The residences are metres from a beautiful white sandy beach and calm, clear Caribbean waters, and a few steps away from three restaurants, seven pools, gymnasium and spa.

Getting to Blue Water Residences is easy as the resort is only 20 minutes drive from St John's International Airport which has daily direct flights from the UK with British Airways and flights three times per week with Virgin, both from Gatwick.