U.S. Foreclosure Inventory at Record Levels in October, Delinquencies Down 30% from Peak 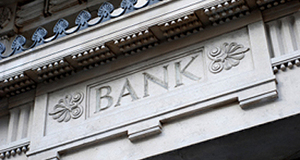 The October data also showed that mortgage originations are on the rise, reaching levels not seen since mid-2010. Mortgage prepayment rates have also spiked, as much of the new origination is related to borrower refinancing; loans originated in 2009 and later are the primary drivers of the increase. While FHA origination activity is down, GSE and FHA originations still account for the vast majority of all new loans - nearly nine out of every 10 new mortgages.