The 5-year Treasury-indexed hybrid adjustable-rate mortgage (ARM) averaged 4.18 percent this week, with an average 0.6 point, down from last week when it averaged 4.25 percent. A year ago, the 5-year ARM averaged 5.86 percent. The 5-year ARM has never been this low since Freddie Mac started tracking it in 2005.

"House prices are slowly beginning to firm now. For instance, annual house price declines slowed for the sixth consecutive month in September, down only 3 percent, and represented the smallest decline since February 2008, according the Federal Housing Finance Agency's purchase-only house price index. Moreover, 11 of the 20 major metropolitan areas experienced monthly house price increases between August and September, based on the S&P/Case-Shiller® 20-city house price indexes." 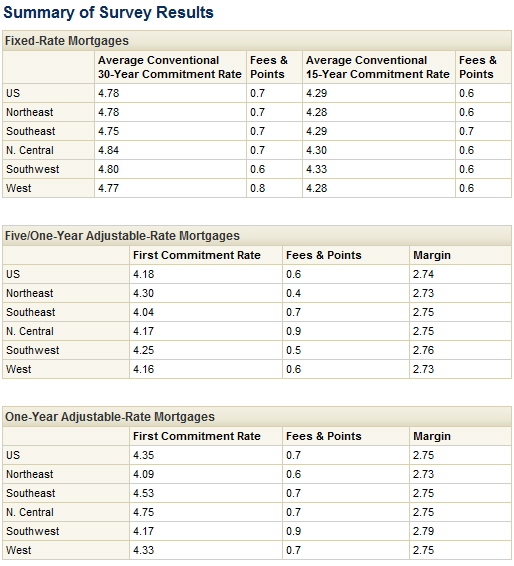