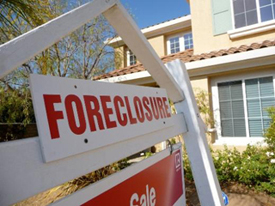 When extrapolated to reflect the entire mortgage industry, this rate indicates that more than 7.2 million mortgage loans are now behind on payments. In addition, an estimated one million properties are now owned by banks. The January 2010 Mortgage Monitor report is an in-depth summary of mortgage industry performance indicators based on data collected as of December 31, 2009.

Within the population of loans that were current as of year-end 2008, the percent of "new" serious delinquencies is 4.64 percent - higher than any other year analyzed for the same period. Of loans that were current as of December 31, 2008, by December 2009 there were 2.3 million new loans that were considered seriously delinquent. Prime loans, including agency, non-agency and jumbo, have experienced deterioration at a worse pace on a relative basis than subprime, FHA and all loans as a whole. Within the prime loans category, loans with current unpaid principal balances between $417,000 and $600,000 have performed the worse.

The Mortgage Monitor report also indicates that 2009 vintage loans are performing better than loans from any of the prior five years and have been steadily improving as more origination months are added to the pool of loans. This improvement is attributed to more restrictive underwriting guidelines. The report also noted that liquidity is still not available where it is needed most.