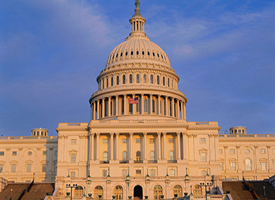 (AUSTIN, TX) -- Even the relentlessly upbeat National Association of Realtors (NAR) couldn't put a happy face on this past week's housing report, which showed a larger than expected 5 percent drop in existing home sales from May to June.

A drop was expected, with tax credits expiring and the economy continuing to wallow. But there was no way to sound upbeat about sales numbers which NAR meekly described as "relatively elevated."

Analysts quickly pointed to a variety of factors suggesting there are tough times ahead. For example, IHS Global Insight focused on the unusually large number of first time buyers in June--43 percent of sales.

First-time buyer activity is almost certainly going to decline in the next few months, suggesting "a big drop in sales lies up ahead," IHS Global Insight's Patrick Newport said.

At the very least, it might be time for the industry to accept that there is not going to be any sort of quick spike in sales, a dramatic turnaround. It is the prism of diminished expectations, which helps any real estate market analysis these days. In a world of diminished expectations, there were actually a few interesting nuggets in NAR's report: