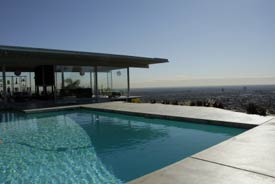 (LA JOLLA, CA) -- According to MDA DataQuick, southern California home sales in February were above year-ago levels for the 20th month in a row as buyers continued to snap up bargain properties with government-backed mortgages and tax incentives. The median price paid for a home rose on a year-over-year basis for the third consecutive month, a real estate information service reported.
A total of 15,359 new and resale homes sold in Los Angeles, Riverside, San Diego, Ventura, San Bernardino and Orange counties last month. That was virtually unchanged from 15,361 in January, and up 0.8 percent from 15,231 in February 2009.
The February sales average is 17,983 going back to 1988, when DataQuick's statistics begin. The sales distribution remains tilted toward lower-cost distressed homes, although not as steeply as most of last year.
"It's possible the stars won't line up this way again for many years. With prices and mortgage interest rates this low, the cost of ownership is about as low as we've seen it in decades," said John Walsh, MDA DataQuick president.
The median price paid for a Southland home was $275,000 last month, up 1.3 percent from $271,500 in January, and up 10.0 percent from $250,000 for February 2009.
The median peaked at $505,000 in mid 2007 and appears, so far, to have bottomed out at $247,000 in April last year. The peak-to-trough drop in median was due to a decline in home values as well as a shift in sales toward lower-cost homes.
"The market is less lopsided, but before a real rebalancing occurs adjustable-rate and jumbo mortgages need to come back. Not to where they were in 2007, but back to where they were a few years before that," Walsh said.
While 44.8 percent of all Southland purchase mortgages since 2000 have been adjustable-rate (ARMs), it was 4.0 percent last month, down from 4.3 percent in January and up from 2.1 percent in February last year.
Jumbo loans, mortgages above the old conforming limit of $417,000, accounted for 14.8 percent of last month's purchase lending, up from 14.2 percent in January and from 10.7 percent in February 2009. Before the credit crisis in the fall of 2007, jumbos accounted for 40 percent of the market.
Foreclosure resales accounted for 42.3 percent of the resale market last month, up from 42.1 percent in January, and down from 56.7 percent a year ago, which was the all-time high.
Government-insured FHA loans, a popular choice among first-time buyers, accounted for 38.5 percent of all home purchase loans in February.
Absentee buyers - mostly investors and some second-home purchasers - bought 18.9 percent of the homes sold in February. Buyers who appeared to have paid all cash - meaning there was no indication that a corresponding purchase loan was recorded - accounted for 29.3 percent of February sales. In January it was a revised 29.7 percent - an all-time high. The 22-year monthly average for Southland homes purchased with cash is 13.8 percent.
The "flipping" of homes has also trended higher over the past year. Last month the percentage of Southland homes flipped - bought and re-sold - within a three-week to six-month period was 3.4 percent, up from 1.6 percent a year ago. Last month the flipping rate varied from as little as 2.8 percent in Riverside and Ventura counties to as much as 4.1 percent in Los Angeles County.
MDA DataQuick, a subsidiary of Vancouver-based MacDonald Dettwiler and Associates, monitors real estate activity nationwide and provides information to consumers, educational institutions, public agencies, lending institutions, title companies and industry analysts.
The typical monthly mortgage payment that Southland buyers committed themselves to paying was $1,180 last month, up from $1,172 for January, and up from $1,114 for February a year ago. Adjusted for inflation, current payments are 47.0 percent below typical payments in the spring of 1989, the peak of the prior real estate cycle. They were 56.6 percent below the current cycle's peak in July 2007.
Indicators of market distress continue to move in different directions. Foreclosure activity remains high by historical standards but is lower than peak levels reached over the last two years. Financing with multiple mortgages is low, down payment sizes are stable, and non-owner occupied buying is above-average, MDA DataQuick reported.