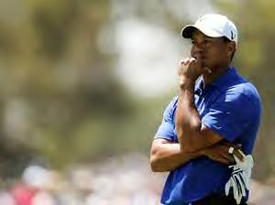 Is Tiger Woods' Apology Enough to Woo Back Female Home Buyers to His Signature Golf Communities? 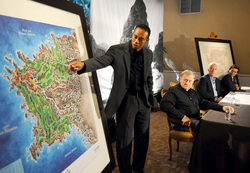 (ORLANDO, FL) -- While the return of Tiger Woods Friday morning answered some questions regarding his three months of self-imposed seclusion, those in the golf real estate market were divided if his return would help the industry, either psychologically or tangibly.

Among those who stand to gain from Woods' reappearance and his sizeable impact on golf, it was unclear what his Friday, no-questions-asked, somber statement and his coming return to the PGA golf could mean.

"Right off the top of my head, I think it's pretty early to tell," said national golf architect Jeffrey D. Brauer, the former president of the Golf Course Architect Association of America.

"I saw in 1997 when he brought three million new people to the game, which would mean 200 new courses now, but since 2000 we have leveled off. I don't know if he helps now.

"I do think he will be booed on the first tee when he starts and cheered on the 18th green, that's just the way people are," Brauer, who lives outside of Dallas, added.

"I think he might help the industry psychologically, but the main problem is still getting funding for projects. I don't think he helps that," added Oklahoma architect Tripp Davis. 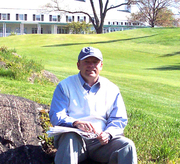 "I don't think people will ever look at him or his projects in the same way again," Cook said. "It's going to take a long time."

Tiger Woods golf course design firm is reported to have been paid $10 million to $20 million per course in design fees, which ranks his firm as the highest paid golf course architect in the world.

"I know if I brought my wife out and told her we were going to buy a lot on a Tiger Woods signature course, it would be a lot harder sell than it was 3-4 months ago," Cook said. 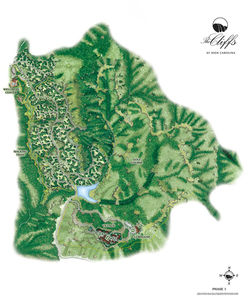 While the total golf course development industry has been flat lately, his fellow architects said Woods and his projects could be in for a particularly hard time.

"When you hire a celebrity architect and he has this type of fall from grace, it can be difficult for the project. He (Tiger) has some damage control to do before he gets the next one (project)," Davis said.

"The image has been tarnished," Cook agreed.

Brauer, who just returned from the golf industry show in San Diego, said interest in Friday's announcement was extremely high based on the number of people in the golf development industry he talked to.

"Tiger was the name everybody was talking about at the industry show," Brauer said. "I know he can influence golfers, but I don't know what his influence is now.

"In good times, a celebrity name adds value, but now it is all about money value."

(Art Strickland contributed to this report)