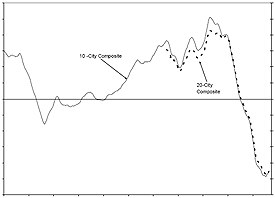 (NEW YORK, NY) -- Data through April 2009, released today by Standard & Poor's for its S&P/Case-Shiller Home Price Indices, the leading measure of U.S. home prices, show that, although still negative, the annual decline of the 10-City and 20-City Composites improved. 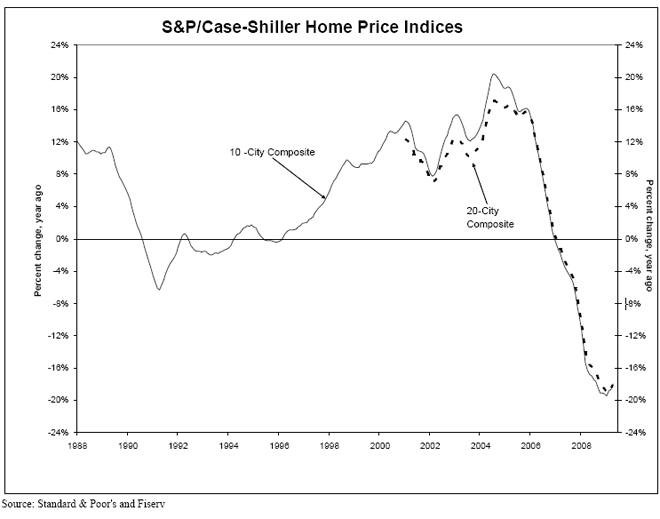 "The pace of decline in residential real estate slowed in April," says David M. Blitzer, Chairman of the Index Committee at Standard & Poor's. "In addition to the 10-City and 20-City Composites, 13 of the 20 metro areas also saw improvement in their annual return compared to that of March. Furthermore, every metro area, except for Charlotte, recorded an improvement in monthly returns over March. While one month's data cannot determine if a turnaround has begun; it seems that some stabilization may be appearing in some of the regions. We are entering the seasonally strong period in the housing market, so it will take some time to determine if a recovery is really here.

"The stock market bottomed in March and measures of consumer confidence have turned upward. This report shows that these better spirits are also appearing in the housing market" Mr. Blitzer commented. 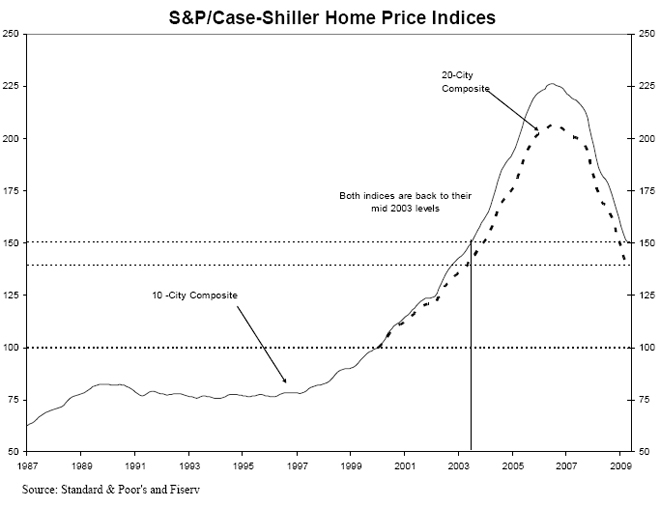 In terms of annual declines, the three worst performing MSAs continue to be the same three from the Sunbelt. Phoenix was down 35.3% in April, Las Vegas declined 32.2% and San Francisco fell 28.0%. Denver, Dallas and Boston continue to fare the best in terms of annual declines down 4.9%, 5.0% and 7.7%, respectively. Charlotte, Chicago, Cleveland, New York, Portland and Seattle posted record annual declines in April. For the month Dallas was the best performer returning +1.7%, while Las Vegas was the worst performer down 3.5%.

Looking at the data from relative peaks-through-April 2009, Dallas has suffered the least, down 9.6% from its peak in June 2007; while Phoenix is down 54.1% from its peak in June of 2006. Excluding Dallas, all of the 20 metro areas are in double digit declines from their peaks, with 10 of the MSAs posting declines of greater than 30% and two of those - Phoenix and Las Vegas - in excess of 50%.

The table below summarizes the results for April 2009. The S&P/Case-Shiller Home Price Indices are revised for the 24 prior months, based on the receipt of additional source data 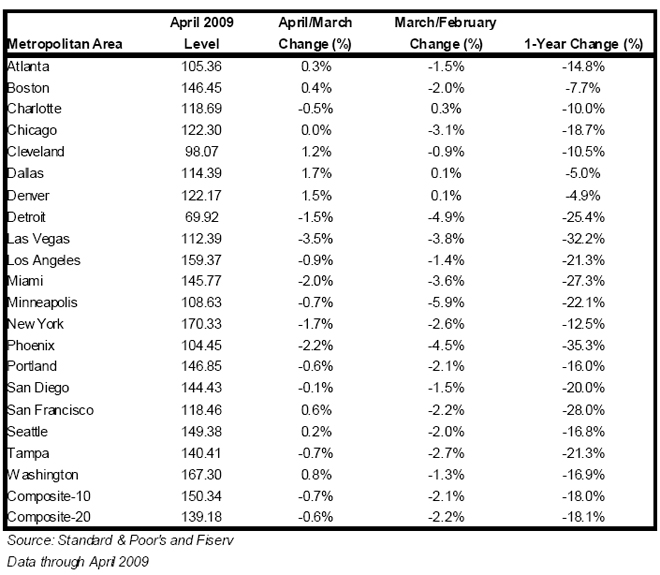