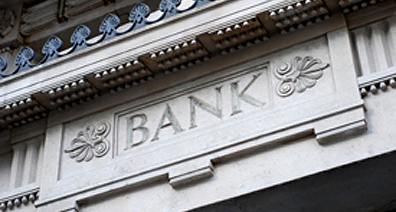 Based on the most recent quarterly survey by NAHB's Economics and Housing Policy Group on the availability of credit to the housing industry, commercial banks continued year to hold tight reins on acquisition, development and construction loans (A, D & C loans).

"Restoring the flow of credit to housing is critical for the industry to rebound, provide jobs and boost the economy," said NAHB Chairman Bob Nielsen.

More than half of the single-family builders and developers surveyed by NAHB indicated they had decided to put any new construction or land activity on hold until the financing climate improves.

This has broad repercussions for housing and the economy. With inventories of new homes nearly depleted in many markets, builders should be gearing up to meet demand, create new jobs and keep the expansion moving forward. Unfortunately, production remains stymied because builders in these locations cannot get credit from lending institutions to begin work on new homes.

In normal times, housing accounts for more than 17 percent of the nation's gross domestic product. Constructing 100 new-homes generates more than 300 full-time jobs and $8.9 million in local, state and federal tax revenue that supports local schools and communities across the land.

"There can be no economic recovery without a housing recovery," said Nielsen. "While NAHB's Improving Market Index shows several housing markets around the nation are slowly starting to mend, a full-fledged revival will not take hold until we resolve the ongoing credit problems for home builders."

NAHB has been working to obtain a legislative solution on Capitol Hill.

On May 5, Reps. Gary Miller (R-Calif.) and Brad Miller (D-N.C.) introduced H.R. 1755, the Home Construction Lending Regulatory Improvement Act of 2011, to address specific regulatory impediments to the flow of credit needed by home builders. That measure currently has 80 cosponsors, and NAHB is seeking a companion bill in the Senate.

Of the minority of builders who sought A D & C loans in the third quarter, few saw improvement in the lending climate over the previous quarter and a significant share saw conditions continue to deteriorate.

Forty-eight percent of those polled said they had looked for financing for single-family construction in the third quarter.

Only 8 percent said the availability of financing for single-family projects was getting better (compared to the previous quarter), 61 percent said it was unchanged and 31 percent reported it had worsened.

Survey respondents who indicated that lenders were clamping down further on credit availability in the third quarter noted several ways in which the tightening was occurring:


Lenders most often told builders they were tightening on loans because the regulators were forcing them to do so.

Sixty-eight percent of those surveyed said they were given this reason for restrictions on new A,D & C loans and 52 percent heard it was the reason for tightening on outstanding loans.