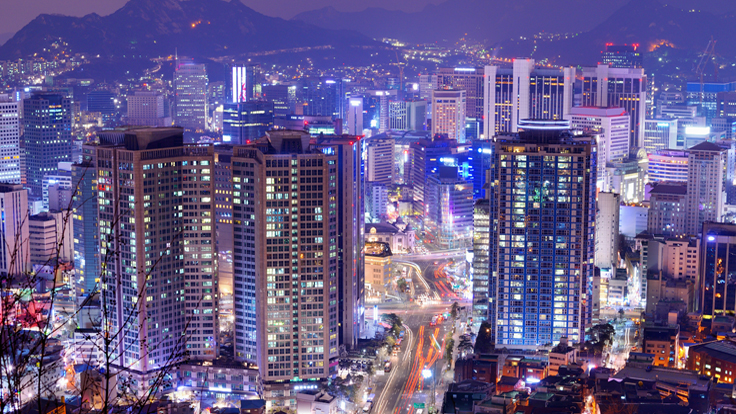 Foreign commercial investments by South Koreans totaled $5 billion with another $2 billion in buildings currently under offer, the consultancy reports. That compares to $500 million in foreign property investments in the first half of 2012.

Ranging across major worldwide property markets, the Korean investments included a shopping center in Australia and an office building in Chicago.

South Korean foreign investment had remained relatively steady for the past five years until this unprecedented growth.

"This surge in 2013 is due to large capital inflows into funds and a small domestic market," Alistair Meadows, head of JLL's International Capital Group, Asia Pacific, said in the report. "Recent uncertainties in the country's economic and political landscape have also added to the attraction of cross-border investment, as tensions with North Korea and the significant change in Japanese monetary policy contribute to 'capital flight'."

"This is particularly common in South Korea where, typically, institutions will group together to form larger amounts of capital that are then managed by one asset manager," JLL reports.

JLL expects the trend in Korea investments to continue.

"While such a sharp increase in [Korea foreign investments] this timeframe is unusual, we don't foresee a slowdown in this trend as local market conditions will continue to make international acquisitions an attractive option for South Korean investors," said David Green-Morgan, director of global capital markets research for JLL. "The big question over the next five years will be which markets they target."

South Korea's previous offshore investments were mostly corporate property ranging between $1 billion to $2 billion. The purchase of the HSBC tower in London for $1.2 billion and Aurora Place in Sydney for $620 million represent the arrival of South Koreans as serious large-scale foreign investors, JLL says.

The firm predicts South Korea's foreign investments could reach as much as $10 billion by the end of the year. 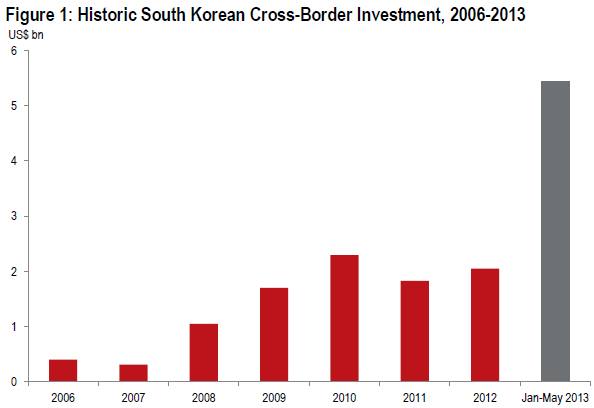