Dan Beckmann is a Storyteller.

For 20 years he's been telling them through the lenses of his still & video cameras, as well as, pen & paper.

He's an author, the co-founder of JDSA, a central Florida nonprofit, & sits on the Board at A Gift For Teaching. Dan Beckmann worked as a cameraman for NBC News for 15 years. While on staff in Tel Aviv, he helped cover the continuation of the Middle East Peace Process. His travels have taken him throughout Europe, Asia, and the Middle East, helping NBC cover a wide range of stories: from the Olympics in Torino, to coverage of 9-11 at Ground Zero, Hurricane Katrina, and presidential campaigns aboard Air Force One. Aside from The Today Show, Dateline, Nightly News with Brian Williams, and MSNBC, Dan’s work has also been featured on Good Morning America, ESPN, CBS News, CNN, National Geographic, A&E, the BBC, and many other programs worldwide.

Dan's worked for national publications, photographing everything from the Egyptian pyramids & the Normandy Beaches, to the plains of Montana & the islands of Hawaii. He writes for a variety of international travel outlets & regularly contributes as a guest columnist for the Tribune's Orlando Sentinel and Harbor House; a shelter for victims of domestic abuse.

He's also delivered a wide array of marketing & entertainment-related product; sailing from Helsinki Finland, Dan joined the launch team of the world's largest cruise ship: Royal Caribbean's Oasis of the Seas, capturing daily "webisode"​ stories chronicling the 6,000 mile journey across the Atlantic. He was in Dubai for the grand opening of the Atlantis on the Palm Jumeirah Island in the United Arab of Emirates, worked on episodic TV for A&E, shot behind-the-scenes on the set of feature films with stars, such as, John Travolta & Samuel L. Jackson, & worked on national commercials with Tiger Woods.

Dan has also worked on international documentaries, SMT's, VNR's, & concerts. The A-List of musicians he's worked with covers some of the biggest names in the industry: Tony Bennett, Aretha Franklin, Natalie Cole, Barbara Streisand, Janet Jackson, Earth Wind & Fire, The Spinners, & Stevie Wonder, to name a few. Dan also traveled with Aerosmith for their "Honkin'​ on Bobo" tour in 2004. 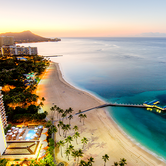 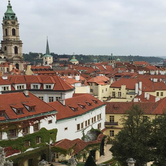