As previously reported by World Property Channel, London continues to set the bar when it comes to 'super-prime' luxury property sales around the world. Only Hong Kong, Monaco and New York City are commanding similar 5-digit 'per square foot' pricing power (in US Dollars).

To validate the point One Hyde Park announced this week the sale of an opulent 16,000 square foot penthouse for 140 million pounds (237 million US dollars).

Aided by wealthy Russian oligarchs and Arab sheikhs, London has become one of the most expensive markets on earth, raising concerns that locals are being squeezed out of the market. This is the same 'price-squeeze' phenomena playing out in other high price growth cities around the world like San Francisco. 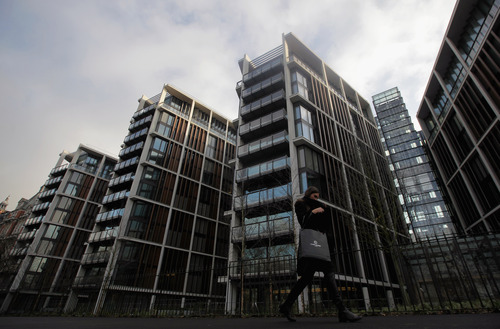 "We're in boom-time prices, more expensive than we've ever been in the history of mankind," Nick Candy, one of the developers of London's One Hyde Park luxury apartments, at the pinnacle of the capital's super-prime residential sector, told Reuters.

"There is a concern over the market overheating ... Everyone thinks the main central London is doing so well, (so) the ripple effect is going throughout the UK, and some of the prices being achieved are probably unrealistic and not sustainable."

Yet money still flows in.

Once source said the record-setting penthouse purchase at the One Hyde Park was an Eastern European buyer.

Britain's previous record for an apartment was set three years ago by Ukrainian billionaire Rinat Akhemtov, who paid 136 million pounds ($229 million USD) for both a penthouse and apartment at One Hyde Park and merged them together into one single unit.

Yet while the uber-wealthy Russians and Arabs keep coming to London's high-end property market, many of Asia's high-net worth families are not feeling the same love from London as World Property Channel previously reported in a story titled: Asian Buyers Feel Unwelcomed in London.

Asian buyers are increasingly worried about anti-foreigner sentiment in both the government and the British public that has already led to an increase in capital-gains tax as of April 15, 2014.