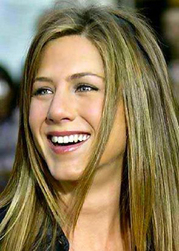 Actress Jennifer Aniston has sold her Beverly Hills estate, which had been listed for $42 million.

Weeks or months can pass before a sales price appears in the public records, but area real estate agents report the Trousdale Estates home went for $35 million to $38 million. At the lower end of the price range, that's $3,500 a square foot, an area record.

Designed by Hal Levitt, the restored 1970 house is nearly 10,000 square feet. It contains two living rooms, two kitchens, a gym, five bedrooms and 7 1/2 bathrooms. Outdoor amenities set on about an acre include a swimming pool, a spa, ponds, fountains, an alfresco living room, fireplaces and another kitchen.

Aniston, 42, starred this year with Adam Sandler in the comedy "Just Go With It," but she is still best known to TV audiences for her Emmy-winning role on "Friends" (1994-2004).

She bought the property in 2006 for $13.5 million, according to public records.


A Classic Neutra Listed in Bel-Air 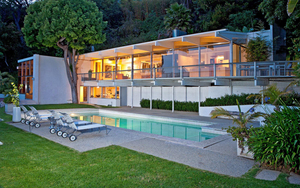 The Richard Neutra designed Staller house in Bel-Air is on the market at $10.9 million.

Commissioned in 1955, the home is classic Neutra with walls of glass blurring the line between the interiors and the natural setting of more than an acre. Features include a 4,200-bottle wine tasting room, an office and a swimming pool. The restored 6,674-square-foot house, which has ocean and city views, contains four bedrooms and seven bathrooms.


Carrying a Torch for Another Spot

"Survivor" host Jeff Probst has sold his Los Angeles home for its asking price of $900,000.

The three-story Craftsman has a treehouse-like ambience perched on a half-acre with mountain and canyon views. The 1,597-square-foot house, built in 1918, includes three bedrooms and three bathrooms plus a detached office, according to details at Realtor.com. Among exterior features are an outdoor living room, a three-tier waterfall and an eight-person spa.

The Emmy-winning host and producer, 48, bought the Gene Autry estate in Studio City for $5 million before putting this house on the market in late April.


Falling Out, Then Letting Go

Singer-songwriter-actress Ashlee Simpson has parted with a Beverly Hills Post Office-area house that she owned before her marriage to Fall Out Boy rocker Pete Wentz. The price: $3,475,000.

The walled and gated Mediterranean-style compound of more than half an acre has hillside and canyon views. The multilevel home, built in 1992 and centered on a courtyard, includes a beamed cathedral ceiling in the living room, a fitness room, a media room, five bedrooms and 61/2 bathrooms in 7,100 square feet.

The courtyard contains a meditation garden with a fountain and fire pit. A two-story guesthouse is adjacent to a swimming pool and spa.

Simpson, 26, is working on her fourth album and launching a tween fashion line with her sister Jessica Simpson. She starred in the 2004-05 reality TV series "The Ashlee Simpson Show" following a regular stint on "7th Heaven" (2002-04). More recently she appeared on "Melrose Place" (2009-10).

She filed for divorce from bassist and lyricist Wentz in February.

Simpson bought the property in 2007 for $4.5 million, according to public records, which also show comedian Rita Rudner as among the house's former owners. 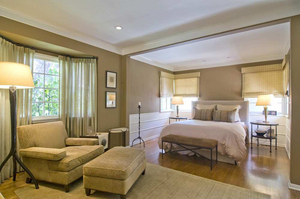 Music executive and songwriter Jon Lind has his Windsor Square home for sale at $1,399,000.

The 1940s ranch-style house has been used as a family retreat and a place to entertain. Its 1,870 square feet include a breakfast room, a butler's pantry, four bedrooms and two bathrooms.

As senior vice president of A&R at Disney's Hollywood Records, Lind has overseen recordings by Miley Cyrus, the Jonas Brothers, Selena Gomez and Demi Lovato. He has written songs for Madonna, Vanessa Williams and Cher, among others.


Hockey Player Has Goal in Mind

Built in 2006, the Spanish-style house opens to a wood-burning fireplace in the backyard.

Beams from a Virginia farmhouse more than 100 years old were used in the vaulted ceiling of the master bedroom. The 3,350-square-foot home has five bedrooms and four bathrooms.

The Ukrainian-born defenseman, 35, helped to win the Stanley Cup in 2003 playing with the New Jersey Devils and in 2006 with the Carolina Hurricanes. He also played with the Los Angeles Kings and Mighty Ducks of Anaheim during his National Hockey League career and now plays in the international Kontinental Hockey League.

Public records indicate that the couple bought the property in 2007 for $2.49 million. They own another house in Bel-Air, bought last year for $5.4 million.

June Emerson of South Bay Brokers, Manhattan Beach, is the listing agent, according to the Multiple Listing Service.