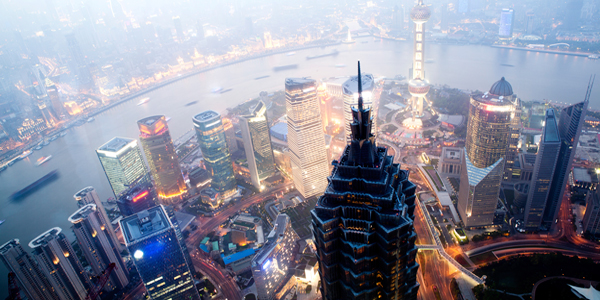 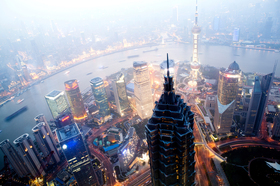 Nearly 190,000 "Ultra High-Net worth Individuals," affluent individuals with a minimum net worth of $30 million, saw their combined wealth shrink by 1.8 percent last year, or $480 billion, according to Singapore-based Wealth-X.

And no region got hit harder than Asia, where portfolios suffered a sizable 6.8 percent decline in overall wealth to $6.25 trillion due to weaker equity markets and lower export demand from the West, Wealth-X said in its latest "World Ultra Wealth Report."

Of course, no country has been more emblematic of Asia's most recent schizophrenic rise and fall as an affluent region than China. For instance, China now has 11,245 UHNWIs, accounting for $1.58 trillion of Asia's overall wealth, second only to Japan's 12,830 UHNWIs who have $2.08 trillion.

To put this overnight Chinese affluence into perspective, the United States is still the world's wealthiest country with 60,280 UNHWIs accounting for $8.28 trillion, according to Wealth-X. Meanwhile, despite the weakness in global markets and the tepid recovery within the States, the number of U.S. billionaires managed to climb 5.5 percent to 480 from 455 a year ago.

China, on the other hand, saw its billionaire population decline 2 percent from 150 to 147.

Remember when Japan was once poised to own the world, buying up iconic U.S. from Pebble Beach to Rockefeller Center? Now, it's seemingly China's turn.

At least that was the case before China's red-hot economic engine started spitting out smoke rather than dragon-like fire.

Case in point is last week's report from the Chinese government that China's gross domestic product "cooled" to 7.4 percent in the third quarter of 2012, compared with the same quarter of 2011.

While most nations would've been ecstatic with such economic news, the Asian Dragon was feeling down as this 7.4 percent performance - down from 7.6 percent in the second quarter - marked the slowest pace of growth for China in 15 quarters, according to China's National Bureau of Statistics.

To be sure, Asia isn't the only region in experiencing an economic slump from the eyes of UNHWIs, according to the recent Wealth-X report. For example, UHNWIs in Latin America (-3.3 percent to $2.19 trillion), Europe (-2.7 percent to $6.95 trillion) and the Middle East (-1.4 percent to $710 billion) also saw their overall wealth drop decline over the last year.

Declining Asian affluence notwithstanding, the rise in Asia's ultra-rich should not be discounted. Simply put, the latest fall in wealth in Japan, China and India -- home to 75 percent of Asia's UNHWIs -- will reverse, Wealth-X said, based on the "strength of the region's financial systems and economies."

In fact, in the latest quarterly report from China's National Bureau of Statistics, there appears to be some green bamboo shoots to consider. For example, many analysts point out toward the end of the quarter, retail sales, industrial production and investment all saw an uptick, leading investors to speculate that China's economy is turning the corner.

On Oct. 19, Fitch Ratings said China's third-quarter GDP reading is consistent with real GDP growth slowing to the 7-8 percent range that Fitch Ratings expects over 2012-2014. While growth is lower than the 9-10 percent range from 2008 to 2011, Fitch added, the current slowdown is much less abrupt than during the global financial crisis four years ago, and the ratings agency still thinks China's economy will avoid a hard landing.

In other words don't count out the Dragon.

"A key driver of UHNW growth among the Chinese is companies that derive revenue from state owned enterprises (SOEs)," Wealth-X president David Friedman told the World Property Channel. "While economic growth in China has somewhat stalled, private companies that can navigate SOEs and territorial governments will continue to catapult many individuals into the ranks of UHNW status.

"The economic juggernaut of Asia, and China in particular, will continue to lurch forward bringing it closer to Europe and surpassing North America by 2025, according to our estimates."

That bold prediction by Friedman is seven years earlier than previously anticipated. First, the Asians need to supplant the Europeans.

Before you know it, though, China will be taking the gold when it comes to ultra affluence, according to Friedman.

"Wealth-X has predicted that China will overtake North America in density of UHNW individuals by 2025," he said.