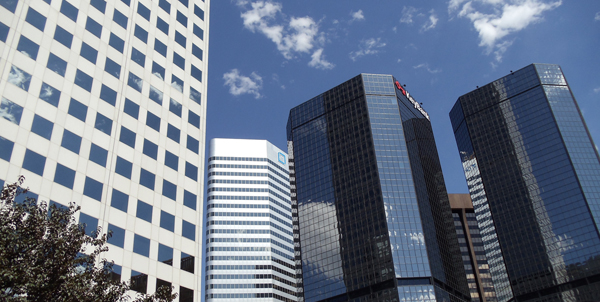 Denver, Heart of the West 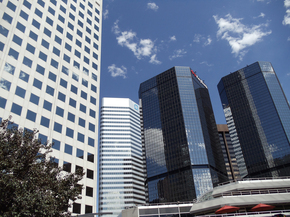 The New Denver shoots for the sky. (Courtesy Steve Winston)

As you descend into Denver International Airport, an Oz-like city of glass and steel pierces the sky over the Front Range of the Rockies.

Over the past decade, Denver has spent more than $7 billion to upgrade its hospitality infrastructure. The airport is now the fifth-busiest in America. The downtown, once in a state of neglect, is now considered one of the most walkable in America. The Denver Performing Arts Complex is the second-largest facility of its kind in America. And the country's newest light-rail system links it all together.

There are over 300 restaurants downtown, representing cuisines from every corner of the world - including many with farm-to-table Colorado cuisine. The Fort Restaurant sits in red rocks at the base of the mountains - and serves more buffalo than any restaurant in America. The Wynkoop Brewing Company is in an 1888 building filled with wood and wagon wheels, featuring locally-sourced buffalo and elk, as well as a dozen of its own craft beers. It's also Denver's oldest brewery, founded some years back by Colorado's current Governor, John Hickenlooper.

There are over 200 different beers brewed here, in fact, making Denver "The Craft Beer Capital of America." Coors Brewery, just outside of town, is the largest in the world. And there are 24 wineries on the Front Range

For a good look at Denver's dining variety, stroll along the mile-long, pedestrian-only 16th Street Mall. Here you'll find table-sized chess boards, funky street art, horse-and-carriage rides, a trolley running the length of the mall - and more than 30 restaurants, most with outdoor seating.

If you like Western art, you've come to the right place. The Denver Art Museum houses one of the finest public collections of Western and Native American art in the world. And the new American Museum of Western Art may well house the world's foremost private collection, amassed by a Colorado entrepreneur named Phillip Anschutz. 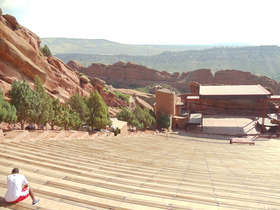 Just outside of town is the Red Rocks Amphitheatre, a 10,000-seat amphitheatre dwarfed by the red sandstone formations around it. At night, it's one of the world's grandest entertainment venues. In the daytime, you'll be amazed to see hundreds of locals using its 70 rows of seats as a giant outdoor gym.

Denver has a variety of great hotels. The Sheraton Denver Downtown is the largest hotel in Colorado, and, sitting astride the 16th Street Pedestrian Mall, it's convenient to everything. The Four Seasons Denver is a sleek contemporary hotel located a block from the fashionable shops and restaurants of Larrimer Square.

The queen of Denver hotels, though, is the elegant Brown Palace. This hotel has a wonderful spa, the most exquisite Afternoon Tea this side of Piccadilly Circus, five luxurious restaurants and bars, and a history (since 1892) that includes occasional nocturnal appearances by "people who've never checked out," along with an underground tunnel, used in the late-1800's by patrons who wanted to make their way sight-unseen to a bordello across the street.

Perhaps the greatest thing about Denver is that, wherever you are in this dynamic "new" city, you can see the Rocky Mountains...a 14,000-foot reminder that one of the world's greatest playgrounds is right outside your door.