Steve Winston (www.stevewinston.com) is a Fort Lauderdale-based journalist who’s been writing about travel and tourism for 30 years. He’s written/contributed to 17 books, and his articles have appeared in major media all over the world. He was formerly Editorial Director of the largest inflight-magazine publisher in the world, and later on, Communications Director at a large resort company. He currently writes for several travel, business, and arts publications; blogs for several websites; and writes for the State of Florida Division of Tourism.

In pursuit of "The Story," he’s been shot at in Northern Ireland, been a cowboy in Arizona, trained with a rebel militia in the jungle, jumped into an alligator pit, climbed 15,000-foot mountains, flown World War II fighter planes in aerial “combat,” climbed glaciers in Alaska, and explored ice caves in Switzerland. Steve Winston is a longtime member of the Society of American Travel Writers. 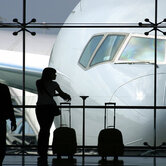