Mall operator Simon Property Group has a joint venture with McArthurGlen to invest in McArthurGlen, the European designer outlets leader.

Through the deal, SPG, the largest mall operator in the U.S., will acquire an ownership interest in six properties in Austria, Italy, the Netherlands, the U.K. and Canada, with an initial equity of about €435 million, with properties.

"We are excited by the opportunity to partner with McArthurGlen, which has one of the best-performing portfolios of high-quality retail real estate assets in Europe," SPG chairman David Simon said. "This venture supports and extends our international growth strategy, and we look forward to collaborating on ways to further enhance McArthurGlen's platform for retailers and customers."

In 1995 McArthurGlen introduced the concept of designer outlet retailing to Europe and it now has 21 designer outlets in eight countries, according to the company. 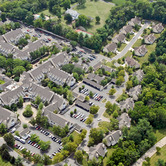 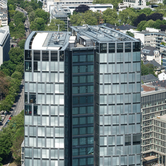 A consortium spearheaded by Perennial Real Estate Holdings has agreed to purchase a Singapore office and retail tower from the Asia Real Estate Income Fund, which is managed by the Pacific Star Group, for S$970 million ($766 million).

Largest Deal In the Netherlands in 2013

Philips Pension Fund has sold the Symphony Offices to Deka Immobilien GmbH for approximately €215.1 million ($294.5 million), making it the largest real estate transaction in the Netherlands in 2013 to date, according to CBRE.