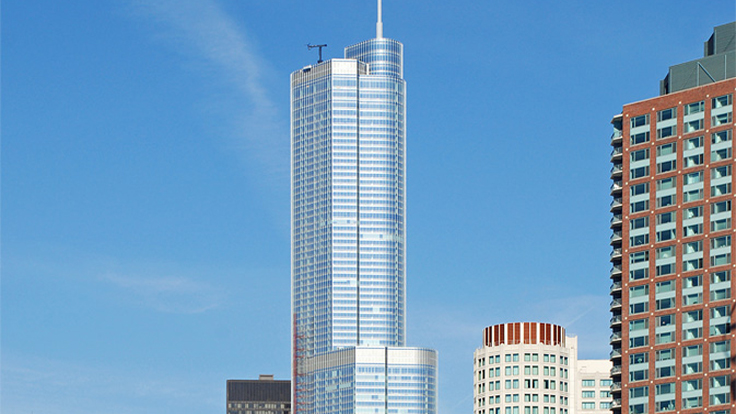 
Donald Trump won in court again this week, defending his honor against an 87-year-old grandmother.

A Chicago jury ruled against Jacqueline Goldberg, who claimed Mr. Trump's company pulled a bait and switch when she bought two apartments in the Trump International Hotel & Tower for $1 million each. 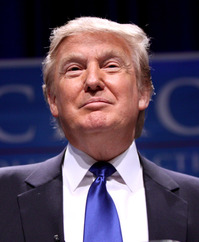 The original sales pitch for the project promised that buyers would share in the revenue from ballroom and meeting hall rentals. But the Trump group ultimately changed the deal and decided not to pay the financial incentives, prompting Ms. Goldberg to demand the return of her deposits.

Several cases have been filed over the changes in the deal, but this was the first to go to trial.

"Somebody had to stand up to him," said Ms. Goldberg, a certified public accountant and estate planner, who asked for $6 million in damages.

Ms. Goldberg cut a sympathetic figure in court, but the case was complicated. The contract for the apartments included a clause allowing the developer to change the terms. And there was evidence presented that Ms. Goldberg was a savvy investor who understood the contract and had ample opportunity to back out of the deal.

Mr. Trump was not personally named in the suit, but he was called to testify, assuring the case would become another Trumponian circus. He denied knowing specific details of decisions involving the hotel.

"She's trying to rip me off," Trump charged from the stand during one of several lively exchanges with attorneys. Ms. Goldberg was simply trying to back out of the deal, he argued. 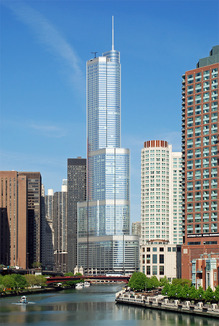 "She knew she could kind of back away from the deal, but she went ahead anyway," one juror told the Tribune. "It was a hard decision (for the jury) to make, but everything that was in the document ... it was in Trump's favor."

Mr. Trump reacted to the verdict with his trademark humility.

Mr. Trump won on the legal merits, but it was still an embarrassing episode for a company that has developed one of the best brands in the industry.

The lesson from the case is clear for anybody interested in buying from Mr. Trump--or any developer: read the fine print of the contract, even if the seller is a celebrity. Anybody who doesn't know and understand the details of the deal before they hand over money deserves to be fired, as Mr. Trump might say on his TV show.

After the verdict, Ms. Goldberg told the Tribune she felt good about "exposing" Mr. Trump's practices.