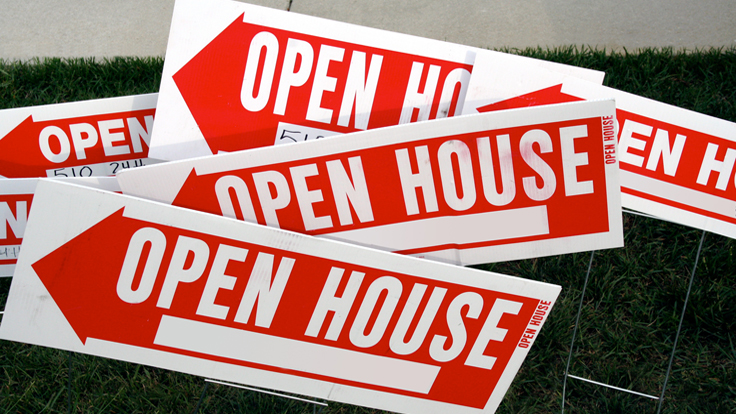 Analysis: The Myth of the US Housing Bubble


TV news pundits and bored property analysts are frantically debating the possibility that the U.S. is speeding toward another housing bubble, which will soon burst with catastrophic consequences for mankind.

Almost every day a release arrives from a consultancy or public relations firm eager to discuss bubbles. Each screams of the potential danger: "Is a housing bubble forming?"

The answer is, of course, almost universally, no. It's a ridiculous question and everyone knows it. But it makes for good time filler for CNBC, so we are subjected to endless quasi-serious bubble discussions.

By simple definition, there is nothing bubble-worthy about the current market. The term suggests massive, irrational pressure is inflating the market and it will soon burst in spectacular fashion. The U.S. real estate market of 2008 vividly illustrated the whole bubble concept. The collapse of the Asia market in 1997, when prices fell 60 to 70 percent in Hong Kong--that was a bubble.

No matter how you play with the numbers, the current market is a million metaphors removed from the concept of a bubble.

'The entire bubble concept suggests... the market is so crazed that everything will soon fall apart and prices will plummet.'

To start, there is no massive pressure building to buy homes. In most of the markets that posted double digit increases in the last year--including jumps of more than 20 percent in Las Vegas, Phoenix and Miami--demand was driven by bargain-hunting investors buying quality properties priced at historic lows.

That is evidence of a bottom in the market, not a bubble. When these bottom-feeders no longer believe homes are a steal, they will look for other sectors to exploit. But that won't destroy the market. It will simply be another stepping stone in the cycle toward normalcy.

In most markets, the data shows demand is returning to healthy levels. But the much-discussed inventory shortage is driving up prices. "The extreme heat in today's market is a short-term phenomenon, born of a temporary imbalance between supply and demand," Kiplinger explained in its recent bubble analysis.

The bubble concept suggests demand is so intense, prices are being forced to unhealthy and unsustainable levels--even though prices are still far below the levels people were willing to pay only a few years ago.

Meanwhile, there are several very clear demand-easing landmines visible in the near future. Mortgage rates are rising, which means the days of free money are over. And while the economy is improving, there is no evidence that a switch will be thrown and balloons and confetti will fall from the sky any time soon.

A bubble burst requires a pin prick, something so dramatic it will burst this pressurized market.

A total collapse of the economy would do it. But with the stock market at record highs, outside a few Ayn Rand enthusiasts few economists envision looming doom.

And there is no indication of any bubble-bursting rush of supply heading toward the market. In some cities, as many as 40 percent of homeowners are still underwater in their current mortgages, ensuring they are in no rush to sell any time soon.

Home builders are active again, but their new product won't hit the market simultaneously, except for Miami, where dozens of towers are in development. But Miami is not reality, as everyone knows. There are demand factors at work in Miami that have nothing to do with the rest of the world.

The entire bubble concept suggests a major disaster is brewing, that these prices are so irrational, the market so crazed, that everything will soon fall apart and prices will plummet and real estate executives will jump out windows.

Instead, every piece of data paints this as a market trying to find its equilibrium, a return to form of normalcy. The National Association of Realtors research department, which is often accused of putting a happy face on the numbers, forecasts prices will increase 8 percent this year and a modest 5 percent in 2014.

That doesn't sound like much of a bubble. Yet, we are still subject to lengthy bubble dissertations and cries that the sky is falling.

Maybe analysts feel guilty for not screaming about a potential bubble in 2007. It doesn't really matter, in the modern news cycle. There will be a buzz of analysis and witty banter on the talk shows. Everybody will shake their heads and issue papers with catchy bubble-related headlines. And then they will realize it's a silly conversation and they'll go back to talking about Kim Kardashian's baby.