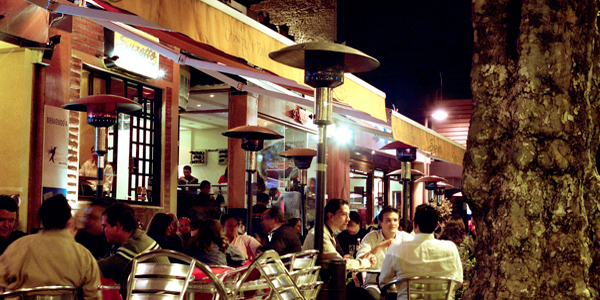 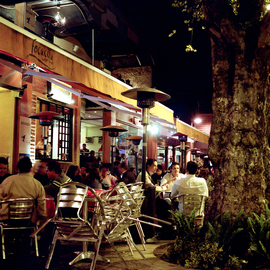 Quito, Ecuador, is a city of did-you-know's.

For example, did you know that, at an altitude 0f 9,350 feet, it's the highest capital city in the world?

Did you know that, even though it has a population of 2.5 million, it's not the largest city in Ecuador? (Guayaquil is.)

Did you know that Quito has one of the largest and best-preserved historic centers in the Americas?

And did you know that the city's borders extend to within a mile of the Equator? (Ecuador is Spanish for "equator.")

Quito was founded on Dec. 6, 1534 by 200 hardy settlers determined to make a life for themselves on the high spine of the Andes. In 1809, after nearly 300 years of Spanish colonization, a movement was started in Quito with the goal of establishing independence from Spain. The next thirteen years saw a growing string of battles with the Spanish, culminating on May 24, 1822, when troops of Simón Bolívar liberated the Quito area. 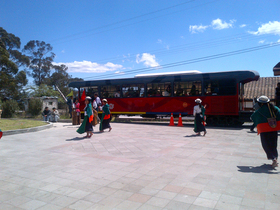 In a shop called Las Colaciones, Luis Banda mixes sugar, peanuts, condiments and lemons in hundred-year-old clay pots...and the result is a traditional Quito dessert called peanut colaciones, These are tiny, round sugar pastries that have been made by the Banda family for generations, carrying on a longtime Quito tradition.

Think you've tasted good ice cream before? Well, San Agustin Ice Cream Parlor has been making what most people consider the best in Ecuador since 1895. In fact, since that time, it's actually been a hangout for Quito's high society. Try the paila ice cream, similar to a fruit sorbet. This Quito delicacy is hand-made in a copper pot, with fresh fruit juice, ice, and butter.

In a place high in the Andes - and filled with mysticism and ancient spirits - you'd expect to find some "natural medicine" practitioners. In Santa Clara Plaza, Emma Lagla and her family have been practicing centuries-old natural healing techniques for four generations. Emma claims she can offer antidotes to stress, and solutions for common illnesses and body pains. And she's got four generations of clients who will tell you her methods really work!

If you'd like to leave La Ronda Street more fashionably-attired than when you arrived, head for a hat shop called Humacatama. Luis Lopez' family has been making distinctive hats here for more than 70 years...so, distinctive, in fact, that many of Quito's most notable citizens, including former president Velasco Ibarra, have worn them. More than 70 different types of hats are made here - every one of them crafted by hand. 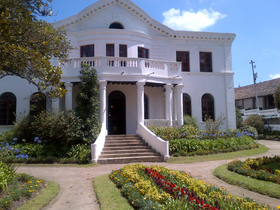 At the Manto Sagrado Store, Rosalía Chilaguano has been hand-crafting holy clothes, jewelry, and religious decorations for 60 years. Her work is widely-known, and she's helped keep this time-honored tradition alive and well.

For more than a century, the Rivadeneira family has been hand crafting wood artifacts in Quito's Historic Center, in a shop called From Quito to the World. The shop's current owner, Jorge Rivadeneira, is a past-winner of the Spin-Top World Championships - and can spin this popular toy in 38 different ways. And he'll gladly put on a demonstration of his top-spinning skills for you.

Humberto Silva first set up shop on La Ronda Street 56 years ago. In the small workshop behind his store, he produces - by hand - beautiful cookware made of tin, along with items such as old-time toys and miniature kitchen sets. And he's something of a local hero in these parts; he installed nearly all the roof waterways on the houses of La Ronda Street, allowing for better drainage.