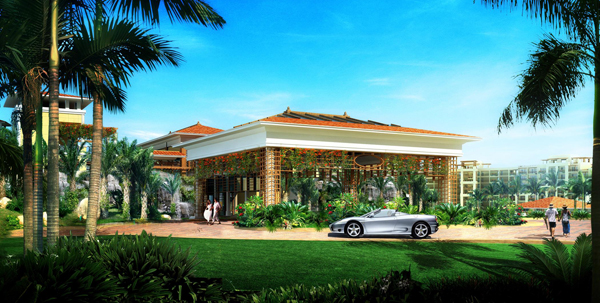 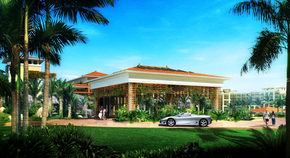 On the heels of the International Luxury Travel Market Asia, Luxury Collection Hotels & Resorts announced plans to continue its strong global momentum with the debut of ten hotels and resorts throughout Asia Pacific in the next 12 months, including five new high-end resorts in China.

Currently, the Luxury Collection is an ensemble of more than 80 of the world's finest hotels and resorts in 30 countries around the world with new construction and conversion properties that span China, India, Indonesia, Thailand and Australia.

"This is a milestone for The Luxury Collection as we open ten new hotels and resorts - the most of any year in the brand's history," says Paul James, Global Brand Leader, St. Regis and The Luxury Collection Hotels & Resorts. "As a new generation of global affluent travelers emerge, we are strategically growing our portfolio beyond the traditional luxury grid and in diverse destinations, like China's Hainan Island and India's Chennai, that have become important hubs for business and leisure."

China will lead the way for the Luxury Collection, with the Royal Begonia, a Luxury Collection Resort, Sanya set to open in August 2012 as the brand's first resort in China. Situated on the idyllic and intimate beachfront of Hainan Island and surrounded by tropical gardens and lush forested hills on the South China Sea, the Royal Begonia will offer authentic experiences that promise to exceed the savviest global travelers' expectations.

All 142 guest rooms in the seaside retreat blend European elegance with local inspiration and open onto a large balcony, offering unobstructed views of the oceanfront or tropical gardens. Eighteen luxury villas each will feature a private pool, courtyard gardens, sophisticated interiors and high-tech amenities.

The following month, Twelve at Hengshan, a Luxury Collection Hotel will open in one of the most historic and romantic areas of Shanghai. The 171-room residential-style hotel is situated on the tree-lined Hengshan Road, drawing inspiration from the area's rich heritage, updated with contemporary designer flourishes. The exquisite interior design was created by renowned-design duo Yabu Pushelberg, offering an ambiance of distinguished opulence. Italy-based Mario Botta, known for the iconic San Francisco Museum of Modern Art and Seoul's Samsung Museum of Art, led the architecture and design of the exteriors. 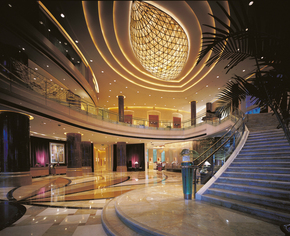 The Hongta Hotel, a Luxury Collection Hotel, Shanghai, which became part of the portfolio earlier this year, completes the Chinese trio of Luxury Collection properties. Formerly the St. Regis Shanghai, the new 328-room Hongta will undergo a meticulous renovation of $20 million to be completed in phases over the next two years, reaffirming the hotel's position as Shanghai's premier luxury destination.

Previously named among the top hotels on Conde Nast Traveler's Gold List and one of the top business hotels in Travel + Leisure, the hotel is celebrated for its unique ability to marry tradition and modernity through its authentic architecture and high standards of refined service.

The Luxury Collection opens its 10th Hotel in India

The Luxury Collection will reach ten hotels in India this August with the debut of ITC Grand Chola, a Luxury Collection Hotel, Chennai, making India the brand's second largest market behind only the United States. Situated in the city of Chennai, the capital of cultural and economic activity in Southern India, ITC Grand Chola has been built to recall the grandeur of a golden era in Indian history. The magnificent edifice consists of three separate wings which house one of the largest banquet and exhibition spaces in the country, a sprawling 27,000 square foot luxury retail center and spectacular recreational facilities, including the WelcomArt Gallery, which boasts an impressive collection from some of the most renowned artists in India.

Located in the heart of Indonesia's capital and situated at Jalan Thamrin, one of the most prestigious addresses in the city, Keraton at The Plaza, a Luxury Collection Hotel, Jakarta opened in April 2012 joining The Laguna, a Luxury Collection Resort & Spa, Bali as the brand's second hotel in Indonesia. Keraton at The Plaza is a distinct and intimate luxury hotel offering a unique, modern interpretation of the rich Indonesian culture. Connoting 'palace' in Javanese, Keraton at The Plaza features an intimate 140 guest rooms and suites, each a haven of Javanese luxury with floor-to-ceiling windows and state of the art in-room technology.

The Sarasvati, a Luxury Collection Resort, Bali is scheduled to open in January 2014 as an intimate 64 room resort overlooking the crystalline Indian Ocean on a pristine beach, offering complete serenity and indigenous experiences.

The Luxury Collection Debuts in Australia

Lilianfels is the former residence of New South Wale's Chief of Justice, dating back to 1889 and now features 85 guest rooms and suites, two restaurants, an indoor and outdoor swimming pool, a floodlit tennis court and an impressive luxury spa. Lilianfels was named the Leading Resort in Australia by World Travel Awards in addition to being honored on Travel & Leisure's Top Five Resorts in the Oceana region in 2011.

Adjacent to Lilianfels, Echoes is a former retreat for a renowned Australian writer Thomas Keneally. Perched at the very edge of the Jamison Valley at Echo Point in the Blue Mountains, the resort offers 14 contemporary-designed rooms and suites featuring an uninterrupted and panoramic view of the National Park.

It should come as no surprise that American households lost a significant amount of net worth thanks to the Great Recession. However, the most recent data released by the Federal Reserve June 11 was particularly sobering as the median net worth of American families shrank to its lowest levels since 1992.

That's based on the most recent data dating back to 2010.

Although declines in the values of financial assets or business were important factors for some families, according to the Fed's triennial Survey of Consumer Finance, the report said the decrease in median net worth appears to have been driven "most strongly by a broad collapse in house prices."

This collapse is reflected in the patterns of change in net worth across demographic groups to varying degrees, depending on the rate of homeownership and the proportion of assets invested in housing.