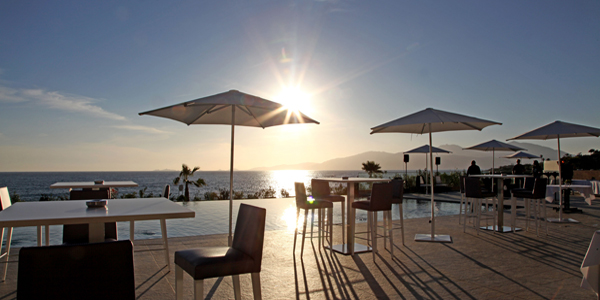 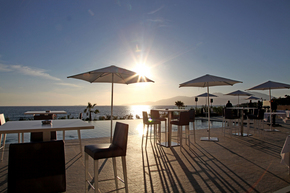 The Rezidor Hotel Group, one of the bigger hospitality companies in Europe and MENA markets, continues to grow stronger roots in the emerging markets.

According to its recently reported second quarter results, the Rezidor Hotel Group opened five hotels (1,300 rooms) and signed 10 more hotels (2,300 rooms), outpacing its previous year's quarterly results. Overall, the company has now opened nine new hotels for the first six months of the year, accounting for 2,300 rooms and added 16 others or 3,700 rooms.

''I am also pleased to announce the signing of two new-build hotels in East London with a total of 380 rooms,'' says Puneet Chhatwal, Executive Vice President and Chief Development Officer of The Rezidor Hotel Group. ''London is a strategically important, mega-market for Rezidor. We aim to further grow in-depth of this market through our mid-market hotel brand, Park Inn by Radisson. Rezidor aims to have more than 10 Park Inn hotels in the Greater London area in the next three to four years.''

The group's prime growth focus, however, remains on the emerging markets.

''We want to go deeper in the fast developing business hubs of Saudi Arabia, Nigeria, United Arab Emirates, Turkey and South Africa,'' explains Chhatwal. ''Hotels in these markets will, most likely, be new built - so we will see less conversions going forward. However, there is a huge potential of taking over partially unfinished hotel projects in mature markets: this year alone, we signed Park Inn by Radisson Odintsovo in Moscow, a Radisson Blu Hotel in Kyiv Podil and a Park Inn in Glasgow City Centre, which are all scheduled to open within this year, signaling the big potential take-over of available hybrids of conversions and new constructions."

Second quarter saw the opening of the following hotels, all under management and franchise contracts, the 5th consecutive quarter without any leased hotel opening which lays the foundation of profitable growth:

Rezidor hosts one of the strongest pipelines in the industry in the upscale and mid-market segments. Currently it features 22,000 rooms all with managed or franchised contracts. According to the company they are all due to open within the next three to four years.

''Despite the economic turbulence in the Eurozone, Rezidor is confidently progressing towards achieving its 2012 target of signings and new hotel openings,'' Chhatwal says.

By the end of June 2012, Rezidor operated 332 hotels and 72,900 rooms in 54 countries across Europe, the Middle East and Africa. The group's portfolio features an additional 100 hotels and 22,000 rooms in the pipeline, including the following soon-to-be opened properties: Radisson Blu Hotel Lusaka in Zambia; Park Inn by Radisson Lille in France; Park Inn by Radisson Budapest in Hungary and Radisson Blu Congress and Resort Hotel, Sochi in Russia.

Accor Hotel Group's Mercure Hotel Network is undergoing a major expansion effort in Australia's Victoria region with the redevelopment of Portsea Golf Club. The new Mercure Portsea Resort & Golf Course is on track to open in May 2013

The new resort will be Accor's first international hotel, under its Mercure brand, in Victoria's exclusive coastal resort town of Portsea, which is 1½ hours south of Melbourne on the Mornington Peninsula.

"We are pleased to partner with Portsea Golf Club and create a new Mercure hotel that will not only cater to the growing demand for premium accommodation by leisure clients, but also provide fresh opportunities to build the meetings and events market in the region," said Accor Regional General Manager for VIC/SA/TAS, Adrian Williams.  "The Mercure hotel will bring new international and domestic business into the region and add a new level of comfort and service to Portsea's tourism infrastructure."

"With a new clubhouse, members lounge, world class facilities and four-star accommodation rooms, the club will cater for local, interstate and international golfers," Cannon was quoted as saying. "In addition, the redevelopment will enable the club to utilize the outstanding facilities for weddings and corporate functions."

Joining an existing network of more than 30 Accor hotels across Victoria, Mercure Portsea Resort & Golf Course highlights the growing strength of Accor in the state, and represents the 34th Mercure property in Australia.