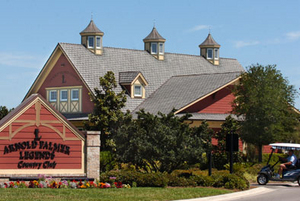 (THE VILLAGES, FL) -- The Villages, an active adult community in Central Florida with 2,107 net sales, was 2010's top-selling master-planned community (MPC) in the U.S., according to RCLCO.

RCLCO has been releasing its top-selling rankings since 1994.  The firm retains the most in-depth knowledge bank of master-plan community data and trends in the industry.  Each year, RCLCO tracks the sales of over 400 communities across the nation for its annual survey.  The survey tracks other key success metrics in addition to sales.

Master-planned communities are large-scale developments featuring a range of housing prices and styles, an array of amenities, and multiple non-residential land uses (such as commercial, hotels, and educational facilities) offering residents an attractive and convenient environment in which to live, work, and play.  Some communities provide lifestyle options for multiple market segments, while others target a specific buyer type such as active adults age 55 and over.

Major themes from this year's survey include the following:


The top two performers in 2010, The Villages in Central Florida and Villages at Irvine in Orange County, California, each achieved impressive sales using two very different strategies.  This reflects the fact that one caters to a fairly narrow segment of the market, the other to a broad range of segments. Dr. Gary Lester, Vice President of Community Relations at The Villages tells us that "we really aren't doing anything new - we've always been good 'listeners' regularly surveying our residents and those who visit here to find out what their dreams for retirement are... the active lifestyle here continues to draw new residents from all over the country who want to enjoy country club living in Florida on an affordable budget."

Villages at Irvine Ranch took a different approach, revisiting their segmentation model to better align housing products with market opportunities.  "Over the past six months, we've seen a clear trend in the MPC business toward revisiting segmentation models and adjusting product lines to enhance market capture," notes Gregg Logan, a managing director at RCLCO and head of the firm's Communities Practice Group.  "Our clients are taking the necessary steps to proactively position themselves for success as the market recovers.  We expect this will continue to be a large part of RCLCO's consulting activity over the next year as developers adjust to new realities".

In April, RCLCO will release its annual Special MPC Advisory, which will provide deeper analysis of the survey results along with insights from interviews with top performers.  If you wish to receive the Advisory, please contact Laura Cole at lcole@rclco.com.

RCLCO is an independent real estate advisory firm, providing market and financial analysis and strategic advisory services to a broad spectrum of clients including developers, corporations, financial institutions, institutional and private investors, public agencies, and nonprofit organization around the globe.  Founded in 1967, RCLCO has expertise in urban development, community and resort development, economic development, and management consulting.  RCLCO is headquartered in Washington, D.C., and has offices in Austin, Los Angeles, and Orlando.

"The Westin Houston Memorial City is a prime addition to our fast-growing portfolio of hotels and gives us an even greater presence in this key metropolitan center," said Nancy London, Brand Leader for
Westin Hotels & Resorts. "Staying at a Westin is simply different. We make the healthiest choices irresistibly appealing, with innovative programs that ensure that guests always leave a Westin feeling better than when they arrived."

(TOPPENISH, WA) -- Officials of the Yakama Nation unveiled plans for a $90 million expansion of their Legends Casino in Toppenish, Wash., that include a 200-room hotel with meeting space, a spa and other amenities.

The project is set to break ground on May 16, with completion expected by late next year.