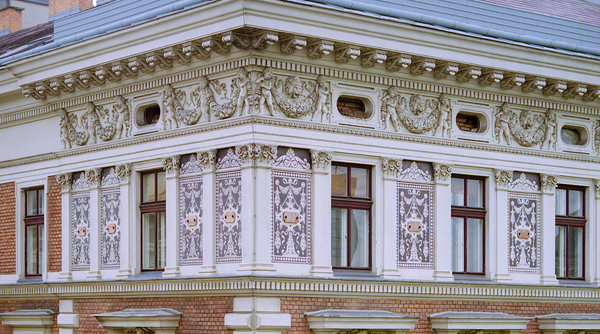 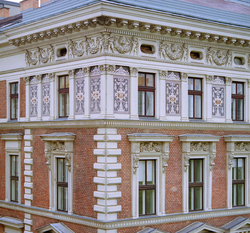 (VIENNA, AUSTRIA) -- The Ritz-Carlton Hotel Company announced plans to continue its global expansion with the brand's first hotel in the capital city of Vienna. The Ritz-Carlton, Vienna is owned by an investor represented by Verny Capital. Earlier this year, they also completed the acquisition of The Ritz-Carlton, Moscow.

The 202-room hotel is located on Schubertring, the historic and famous site of numerous monumental buildings built during 1860-1890. Home of the Vienna State Opera and the Museum of Fine Arts, Vienna is well known for its essential role as a leading European Classical Music Centre.

The Ritz-Carlton, Vienna is located in two 19th century palaces which are listed as culturally protected properties in Austria. The location is among the most desirable locations in the city for a luxury hotel. 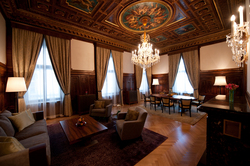 "We are honored to have been selected by Verny Capital to assume management of this incredible hotel," said Herve Humler, president and chief operating officer, The Ritz-Carlton Hotel Company, L.L.C.  "We have viewed many sites in Vienna over the years and believe this location will offer our sophisticated travelers an exciting new place to explore and enjoy. The Ringstrasse, as it is known, encircles the old city of Vienna. Constructed in the late 19th century this prime location, combined with the exemplary service for which The Ritz-Carlton is known, will produce memorable stays for all our guests when it opens in the second quarter of 2012."

The Ritz-Carlton Hotel Company, L.L.C., of Chevy Chase, Md., currently operates 77 luxury hotels in the Americas, Europe, Asia, the Middle East, Africa, and the Caribbean. More than 30 hotel and residential projects are under development around the globe.

"We are delighted that The Ritz-Carlton Hotel Company will be entering the Austrian market in association with us" said Timur Issatayev of Verny Capital. "Our selection of The Ritz-Carlton is based on a very strict assessment of the company's renowned stature in the hospitality industry and our existing relationship with them."

Asked about additional growth in the region for Ritz-Carlton, Humler added, "We continue to explore other opportunities and destinations in Europe. With the region's strong travel and tourism industry, we see expansion in Europe, with the right hotels in the right locations, to be an essential part of our future strategy."

(ANGUILLA) -- One of the most luxurious golf club resort communities in the Caribbean appears to be back on track after three years of financial troubles. For about three years, the Greg Norman-designed Temenos Golf Club, an 18-hole course on the Eastern shore of Anguilla, stood unused and in receivership after a celebrated opening by previous billionaire owner Robert Sillerman and developer New York City-based Flag Luxury Properties.

Construction on the golf course development stalled in 2008 after Sillerman ran out of money to finance the surrounding resort properties. After a consortium of banks foreclosed on the property and assumed control, Temenos' owners named William Tacon, a partner in the Virgin Islands office of the insolvency firm Zolfo Cooper, as receiver.

According to a recent report in the BVI Beacon, Tacon said "the receivership process is more or less complete, and ownership has been transferred to Leandro Rizzuto, the billionaire owner of CuisinArt Resort & Spa. ... "We're tying up loose ends now."

CuisinArt is the critically acclaimed upscale resort within a short drive from Temenos.  Rizzuto purchased Temenos at a public auction in Anguilla in July for $15 million, according to Tacon.

Temenos was the brainchild of Sillerman, a longtime Anguilla property owner best known for starting radio and entertainment conglomerate SFX Entertainment.  Sillerman envisioned a resort with a 32-room hotel, 78 multi-million villas and a championship course designed by Norman.