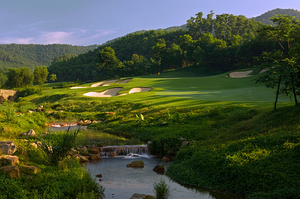 The event, scheduled for May 1 through August 31, provides non-members access to Mission Hills' award-winning golf courses designed by legends of golf including Jack Nicklaus, Nick Faldo, Greg Norman, Annika Sorenstam and Jose Maria Olazabal. Open to players of all ages and abilities, participants will compete over 180 holes on 10 of the club's 12 premier layouts. The Overall Champion earns free entry into next year's Golfathon and an invitation to play in the 2011 Omega Mission Hills World Cup Pro-Am.

"The Mission Hills Golfathon challenges players from the world over to visit China's foremost golf club and test their skills and endurance against our acclaimed courses," says Tenniel Chu, Executive Director of Mission Hills China. "The first prize award of entry into the 2011 Omega Mission Hills World Cup Pro-Am presents the winner an once-in-a-lifetime opportunity to experience one of golf's most prestigious and exciting events from inside the ropes." 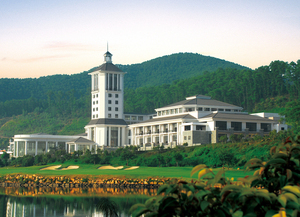 In addition, any contestant who exhibits the stamina to play nine qualifying rounds within five consecutive weekdays will receive an "Iron Man" certificate and complimentary weekday green fee valued at 1380 RMB ($200). Prizes will be awarded to the three lowest net scores in each of four divisions. The first-place division winners will have the honor of acting as Honorary Observer in one the four rounds of the 2011 Omega Hills World Cup.

"Our yearly Golfathon opens our doors so guests can enjoy our sterling amenities and exemplary customer service," says Chu. "The greatest players in the world have walked the fairways of Mission Hills and you can follow in their footsteps."

The 12-course Mission Hills Shenzhen is recognized by the Guinness World Records as the world's largest golf facility. It has hosted hundreds of professional and amateur golf tournaments, is home to the Faldo Series Asia and Mission Hills Jack Nicklaus Junior Championship and hosted the Omega Mission Hills World Cup from 2007-2009.

(VERMON, BC) -- The Golf Club at The Rise, a Fred Couples Signature Golf Course, is opening earlier this year and offering the best value in the Okanagan valley.  Opening this Friday, the signature golf course community is offering early bird incentives with green fees set at only $69 including power cart with GPS, use of the warm up area and a free $10 food voucher. Prices are in effect until the May long weekend.

"Our focus is on making this incredible course accessible to everyone this year," says course general manager Terry Yacyshen. "That doesn't just mean low green fees, but also making sure you don't have to play like a pro to enjoy a course designed by one." 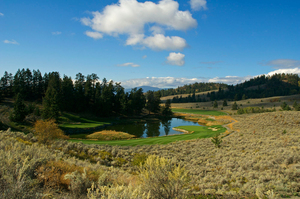 The stunning topography at The Rise makes for a challenging round, but course superintendents have worked over the last year to address penal areas to make them more playable for high handicappers. Efforts include a more forgiving fescue height along with wider fairways and landing areas in trouble spots.

"Skilled golfers will likely not notice a difference in the way the course plays since the architecture has not been changed," Yacyshen says. "It's the golfer battling to break 100 that will appreciate the changes we have made because they can spend more time looking at the stunning views instead of searching for their ball."

The Golf Club at The Rise has benefited from an excellent level of precipitation in the Okanagan that allowed the course to winter exceptionally well. The Fred Couples Signature Golf Course, opened June 2008 with PGA Tour fan favorite Fred Couples on site to officially christen the Okanagan's newest golf course. Couples played the opening round at the Okanagan's only Signature Golf Course with Calgary Flames captain, Jarome Iginla and former NHLer and Vernon resident Brent Gilchrist.

Described by the Robb Report as being one of Canada's top new golf courses, The Golf Club at The Rise merges stunning scenery with challenges and opportunities for every level of golfer. Integrated into the rugged natural topography of the Vernon highlands, the course incorporates five sets of tees to accommodate all golfers. This must-play course was nominated by Score Golf for Best New Course in 2009.

Perched 1,000 feet above Okanagan Lake, this spectacular layout will accommodate golfers of all abilities. With generous landing areas and five sets of tees on every hole, The Golf Club at The Rise will offer a balance of variety, enjoyment and challenge. Each hole is distinct in its character with dramatic elevated tees and breathtaking views of Okanagan Lake on 12 of 18 holes.

Okanagan Hills Development Corporation is the entity responsible for building The Rise, Okanagan's signature resort community.  Sitting on a south facing hillside overlooking Okanagan Lake, The Rise is 735 acres and located less than three miles from the center of Vernon, British Columbia. The Rise offers spectacular views down the throat of Okanagan Lake and features vineyards, several enclave neighborhoods consisting of home-sites and villas.