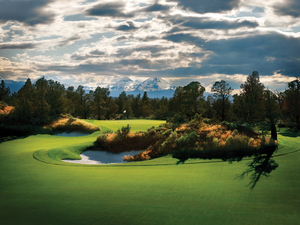 Pronghorn Resort, a master planned golf community with side-by-side golf courses designed by Jack Nicklaus and Tom Fazio, is now offering golf memberships for those who do not own Pronghorn property for the first time ever. Pronghorn is the only private course equipped with a PGA Tour Academy on the West Coast.

Pronghorn is offering an early sign-up incentive to the first 25 members that join by December 31.

The first 25 Members to join before December 31 will receive, one week access to the Registry Collection in 2011, complimentary access to five Winter-Social events before May 2011, seven nights in the Pronghorn Residence Club before May 2011 and first right to purchase available memberships if/when their Invitational Premier Golf Membership is recalled.

Additional privileges upon becoming an Invitational Premier or Invitational Signature Golf Member include having no membership deposit required, getting preferred room rates for lodging at Pronghorn and a variety of other incentives and special access to the club.

Pronghorn's Fazio course, Oregon's first, is a stunning 7,462-yard, par-72, 18-hole layout that integrates breathtaking water features and capitalizes on the natural lava rock outcroppings that existed on the property. Additionally, the Pronghorn Fazio course is home to one of the most uniques hole in the world--a par three, eighth hole that includes a 45-foot canyon and exposed lava tube.

Sea Island spokesman Mike Geczi was quoted as saying the deal was reached after eight hours of negotiations.

The sale price was nearly $15 million higher than a partnership of Oaktree Capital Management of Los Angeles and Capital Avenue Group of New York had previously agreed to pay. Sea Island filed for bankruptcy protection in August.

Joining them as partners will be Starwood Capital Group of Greenwich, Conn., and the Anschutz Corporation of Denver.