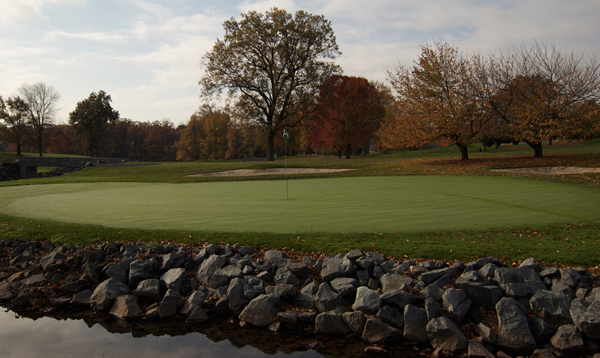 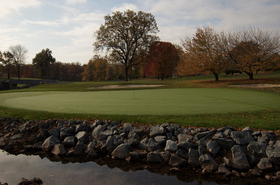 (SCOTCH PLAINS, NJ) -- The venerable Shackamaxon Golf and Country Club in Scotch Plains, N.J., has been purchased by an affiliate of RDC Golf Group, Inc., a leading New Jersey-based golf course ownership and management company.  Shackamaxon was founded in 1916 and features a historic A.W. Tillinghast golf course. The championship, par-71 layout boasts one of the most famous holes in the New York-metro area:  the ninth-hole island green, one of Tillinghast's first island green creations.

"Shackamaxon is a great private club with a proud history," said Schiavone.  "My partners and I believe that our commitment to high standards, along with the support of a great membership, will ensure Shack's future as one of New Jersey's top country clubs."

Schiavone's family has been entrenched in New Jersey golf for 46 years, having co-owned Fiddler's Elbow Country Club in Bedminster since 1965.  Schiavone founded RDC in 1993, and shortly thereafter, joined forces with Galvin, who currently serves on the Board of Directors of the National Golf Course Owners Association.

The company and its affiliates own and operate the renowned Forsgate Country Club in Monroe Township, N.J., named the state's "No. 1 Family Club" and the "No. 1 Private Club Value" (Golfstyles) and the family-oriented Tuscawilla Country Club in Orlando, Fla. RDC also manages the award-winning, Gil Hanse-designed public Tallgrass Golf Course in Shoreham, N.Y., and the daily-fee Putnam National Golf Club in Mahopac, N.Y.

Current Shackamaxon golf members may continue their association with this storied club by registering for the newly created "Legacy Membership."  This membership category, also open to former members of the club (2009 to present), is available with no additional initiation fee or deposit required.  Benefits include: caddy/walking privileges, complimentary locker and bag storage, reciprocal privileges with other RDC-affiliate clubs (subject to certain limitations); and numerous Legacy Member-only events, discounts and designated parking.

For those golfers interested in joining Shackamaxon as a new member, the club is now offering Introductory Memberships that require no initiation fees for the first two years.  Golf outings are also being booked for 2012.

In addition to its stellar golf, Shackamaxon also offers corporate meeting space and banquet amenities inside of its 40,000 square foot clubhouse.

The club's hospitality operation will benefit from the expertise of Leeds who, along with Schiavone in 1985, founded Ome Caterers, New Jersey's No. 1 ranked caterer and later, the award-winning Dartcor Food Service company.

"Shackamaxon's warm hospitality combined with its delicious and fresh cuisine will make events at the club memorable," said Leeds, a graduate of the Cornell University School of Hotel Administration who serves as an advisory board member on the Pillsbury Institute of Hotel Entrepreneurship and the Skillman School of Business at Seton Hall University, among others.

Shackamaxon was founded in 1916, and the par-71 course boasts one of the most famous holes in the Metropolitan area:  the ninth hole island green, one of Tillinghast's first island green creations.  The club has hosted a number of prestigious events including the 1922, 1937, 1972 and 2002 New Jersey State Golf Association (NJSGA) Open Championship, the 1924 and 1977 NJSGA Amateur Championship, the 1928 Met Open, the 1955 Cavalcade of Golf and the 2010 Women's Eastern Golf Association Amateur Championship.

Councilmember Paul Krekorian recently led a land transfer ceremony to publicly celebrate the historic, long-awaited transfer of 277.5 acres of land from the Angeles National Golf Club to the Mountains Recreation and Conservation Authority (MRCA). The land sits adjacent to the golf course, which is nestled at the base of the Angeles National Forest.

Intended to protect the wildlife corridor that connects the Verdugo Mountains to the Angeles National Forest, the transfer preserves the land as recreational open space and protects it from future development.

But the green news doesn't stop there. Owners of the golf club have pledged to spend $42,000 annually for the next 25 years to maintain trails. They will also spend $15,000 enabling the MCRA to develop signage in the area plus $250,000 to create and maintain equestrian trails in the Foothills.