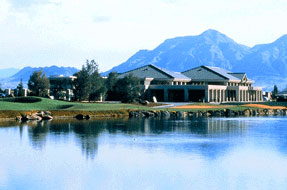 "We are thrilled to bring Stallion Mountain back to its prominence. We will re-open with a fresh new look, exceptional course conditions and a service profile that supports this once great club," said Steve Kerr, managing partner of the acquiring entity, 5500 E. Flamingo Rd, LLC. "We look forward to the job creation we will create as a result... not to mention, we are excited for the revitalization the club's opening will have for the community and area residents."

Kerr and his partners also recently acquired The Fox Hill Club in Longmont, Colorado, and have a controlling ownership of Colorado National Golf Club in Erie, Colorado - both now affiliated with OB Sports. 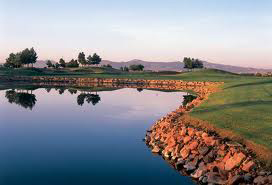 Stallion Mountain Country Club will re-open as a semi-private facility with flexible membership offerings available for both residents and non-residents alike. In addition, the club will be available for resort guest play, group/tournaments and available for weddings, banquets and events.

"The golf course conditions at Stallion Mountain were better than we thought when we first took it over," said  Phil Green, president of OB Sports Golf Management. "We are now ramping up to provide exceptional playing conditions for our opening. Our primary task is to execute some of the detail work on the course, employ our team and get the expansive clubhouse facility prepared for the summer opening. We'll first open it for invitational play this summer then we'll get the club ready for a grand re-opening after overseeding is completed in September."

"OB Sports was the perfect group to lead our efforts at Stallion Mountain," added Kerr. "They have been operating clubs and facilities in Las Vegas since 1989 and have a wealth of knowledge and relationships in the market as well as the key feeder markets to Las Vegas. We are excited to have them at the helm of our operations at Stallion Mountain." 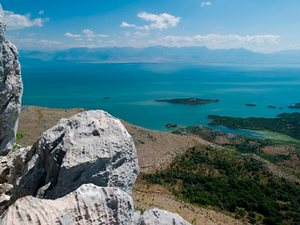 (TIRANA, ALBANIA) -- Albania's tourism market continues to fly high this year with national flag carrier British Airways increasing the frequency of flights between London and the Albanian capital of Tirana. The introduction of daily direct flights instead of the previous four days per week schedule is thought to be due to an increase in passengers  wanting to explore the Balkan country.

This excellent news comes just days after Albania's Deputy Minister of Tourism Suzana Turku stated that Albania was visited by 1.2 million tourists between January and June of this year while revenue from tourism increased 8.5 percent in the first half of 2011 compared to the same period last year.

"The future is looking bright for Albania," says Ravin Maharajah, partner of Lalzit Bay Resort & Spa, a luxury residential development located on Albania's Adriatic coast. "With high numbers of tourists already flocking to the country this year combined with the new daily (British Airways) flights, Albania is set to explode as a tourist destination in the next five years generating considerable revenue as highlighted in the findings. Albania's biggest attractions, aside from its distinctive cultural and historical charm, as well as a balmy Mediterranean climate, has to be the low cost of living and an ever improving infrastructure.

"Due to join the EU in 2014, this country shows every positive sign of going the way other Southern European countries such as Croatia and Montenegro have over the past 10 years. Interest from international second home buyers is steadily increasing as people realize the buying opportunity is now - not after the prices have gone up."

Lalzit Bay Resort and Spa, a beachfront development just 45 minutes from Tirana, is fast becoming a desirable resort destination in the Eastern Mediterranean as well as an attractive investment choice.

From as little as $42,000 for a studio, Lalzit Bay Resort and Spa provides vacation makers with superb on site facilities including a beach club, tennis courts and a wide choice of restaurants.

The Coronavirus and the ensuing international health crises has impacted the resort real estate industry in an unprecedented way.