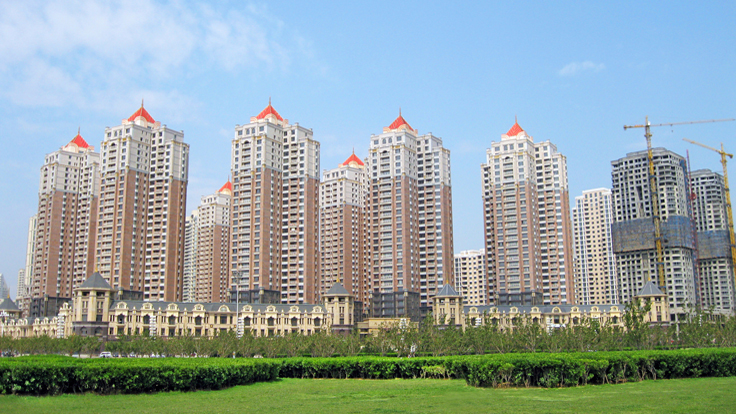 
CNN recently focused on an interesting new phenomenon in Beijing-couples are getting divorced to buy more condos.

The Chinese government recently started to enforce a 20 percent capital gains tax on any Chinese household for selling a second home or condo. There are also limits on the numbers of homes one family can own.

This has kick-started the unintended consequence of thousands of Chinese couples moving to get a "paper divorce," in order to double their ability to invest in real estate without the restrictions and additional taxes, CNN reports.

This is just the latest twist to China's fast-changing property market. Real estate prices in China are far too high. The government wants to let the air out of the bubble before it pops and drags down the rest of the economy, potentially threatening social stability.

One way of doing that is to raise taxes on real estate transactions. So back on March 1, 2013, China's State Council in Beijing announced it would strictly enforce a 20 percent capital gains tax on sales of second homes and raised to 60 percent the tax on couples who purchased second homes. The goal was to slow down China's overheated property market, where mainland Chinese are parking billions of dollars into new condos across China each month.

The main reason for such a strong buyer's market in China is that condos are now seen as a better way to park their money, while taking advantage of fast rising property prices in many of China's major cities.

In addition, the Chinese government won't let them take more than $50,000 USD outside the country to invest abroad, and their stock market has been a roller coaster over the last few years. Therefore parking money in new China condo towers is the best alternative investment vehicle available in their market today. Especially in a country where property ownership is still a relatively new phenomenon..

CBS's 60 Minutes Lesley Stahl recent reported on "ghost cities" in China where tens of thousands of empty-- but purchased--condos exist for the rising middle-class of Chinese to park their money in these assets.

It looks like many mainland Chinese are starting to embrace good 'ol American capitalism, as well as freedom and the fine art of tax avoidance - and good for them.

As SOHO China CEO Zhang Xin, one of China's largest property developers, candidly said in the same 60 Minutes segment: "If you ask Chinese what is the one thing everyone in China craves for is what? ...it is not food, not homes...everyone craves for democracy."