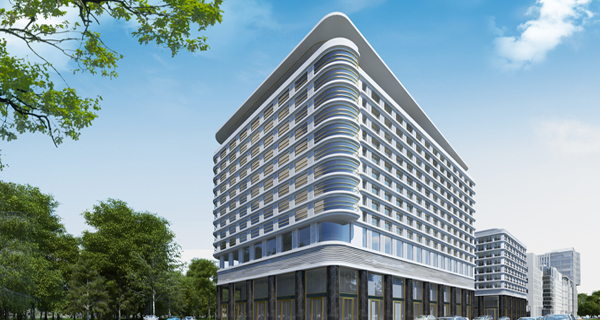 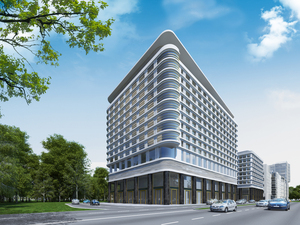 (Moscow, Russia) - Hyatt Hotels Corporation and VTB Arena Park recently announced that a Hyatt affiliate has entered into a management agreement for Hyatt Regency Moscow. The new property, expected to open in 2015, will be part of the Arena Park redevelopment, including Moscow's notable Dynamo football stadium, and will sit adjacent to Petrovsky Park.

Hyatt Regency Moscow will feature 297 guestrooms, including 40 suites, and 56 fully-furnished luxury apartments. The property will also include meeting and ballroom space, four food and beverage outlets, and a fitness center and spa. In addition to the hotel, the Arena Park project will offer guests access to a new football stadium, ice hockey/basketball arena, retail and entertainment zones, offices and residences.

Hyatt Regency Moscow is expected to become a top location for meetings, trainings and social functions. The hotel anticipates guests from government and corporate sectors, including banks, consulting companies, and pharmaceutical and information technology companies, which conduct business in Russia's capital.

"Russia, and Moscow in particular, have a strong appeal to global business and leisure travelers, and the country's influence is only continuing to grow," said Peter Norman, senior vice president - acquisitions and development for Hyatt International - Europe, Africa, Middle East LLC. "With the addition of Hyatt Regency Moscow, which comes just months after the announcement of two new Hyatt-branded properties in Vladivostok, we are reinforcing our commitment to becoming the most preferred hotel brand for customers visiting this gateway market."

The hotel's affiliation with Dynamo Stadium, as well as its close proximity to public transportation, will also make it an ideal choice during sporting and entertainment events.  The hotel will be located just five kilometers from the Kremlin, near key business and shopping districts in Moscow, and will be highly accessible from major roads in the city.

"Working with Hyatt on the Arena Park project is an especially exciting opportunity for us," said Andrei Peregoudov, VTB Arena park director "Among all the offerings at the sports and entertainment complex, Hyatt Regency Moscow will be an especially great addition to the area."

The VTB Arena Park project is a new sports and entertainment development planned in Petrovsky Park near the historic center of Moscow. It consists of three core sections, which synergize to provide Moscow with a spectacular new benchmark in active living and working: VTB Arena - Central Stadium Dynamo is a multi-purpose sports, entertainment and shopping venue that will have a maximum seating capacity of 45,000, and will meet FIFA requirements to host World Cup 2018; Arena Park City houses modern hospitality, living, working, and shopping complexes, including a hotel, congress hall for more than 700 guests, business center, residential village with more 1,000 apartments, and parking; and the Training Academy can host more than 20 different sports, and is an ergonomically-structured traditional park space with additional recreation facilities. Construction will begin in 2012, and the stadium will reopen in 2016. The total cost of the project will amount to $1.5 billion.

(Dubai, United Arab Emirates) - The Golf Homes at Arabian Ranches Golf Course, the newest property offering from Emaar Properties, has received strong investor response with a majority of the limited stock of 18 premium villas sold in less than two days of its recent launch with sale value of approximately Dh100 million or $27.2 million

Potential customers had the opportunity to choose from three styles of villas, each in a plot area of 17,000 to 27,000 square feet, set in the heart of the Arabian Ranches Golf Course, located within Arabian Ranches, one of Emaar's fully-established lifestyle developments.

Ahmad Al Matrooshi, Managing Director, Emaar Properties, said: "The strong demand to the limited inventory of just 18 premium Golf Homes at the Arabian Ranches Golf Course, demonstrate the continued preference of customers for attractive residential investment options in established lifestyle communities. The unique location of the villas, their architectural elegance and the opportunity for customers to customize the interiors as per their preference are the key draws for the successful sale of the Golf Homes."

Matrooshi added: "The success of the first launch by Emaar in 2012 will further energize our development strategy to offer premium residential and commercial property with a focus on Emaar's core differentials - an attractive location, world-class design and high quality construction standards."

Designed in Spanish architectural style, The Golf Homes offer high-end residential luxury and uninterrupted views of the golf course. The homes feature Hispanic elements such as arches and courtyards and mosaics