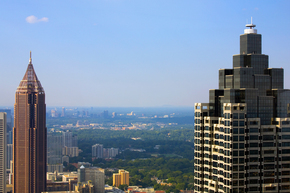 With 465,000 square feet of absorption in 2012, Atlanta's community and neighborhood retail centers saw an improvement over 2011, when there was a negative absorption of 50,000 square feet, according to Reis, Inc. in New York. But this improvement was considered weak, not enough to help boost asking rental rates and lower vacancy rates significantly in the metro.

"Landlords don't want to push rents too much," until absorption levels of retail space are higher and vacancy levels drop more, says Ryan Severino, senior economist at Reis. The point at which rents will go up, because the vacancy rates have come down enough and absorption levels have risen enough, is different for each market, he says. "It is a complicated thing to (determine) where the equilibrium is for each market, "says Severino.  Furthermore, he says that it is subjective and "depends on whose data sets you are looking at," he says.

"No one (retail market) came through unscathed," during the recession, says Severino. "In Atlanta, vacancy rates spiked to 14.5%, which is well above where you've seen the market historically," he says. As of the end of 2012, Atlanta's  vacancy rate only came down to 14%  This compares to the 6% range seen during the 1990s in Atlanta, says Severino, to illustrate how much further the retail market needs to go before it reaches a full recovery.