A conflict is looming between small business owners and their bank lenders.  About $276.2 billion of nonresidential commercial property loans will be due in 2013, more than any other year, according to data from commercial-mortgage research firm Trepp LLC.

Many small business owners who bought their property are facing balloon payments and banks are showing an increasing willingness to foreclose, the Wall Street Journal reports.

"So many small businesses have lost their reserves during the recession," Brent Case, president of Coldwell Banker Commercial Atlantic International Inc., told the WSJ. "They don't have that chunk of cash that banks want as a buffer."

The majority of the loans coming due were made before the financial collapse in 2008. Lenders normally reevaluate loans every five to 10 years, choosing to either renew the loans or ask to have the loans paid off.

During the crisis, some loans were due but banks were willing to grant extensions, delaying the refinancing process. About 60 percent of commercial property loans that were due were granted extensions, according to the Wall Street Journal.

Now those extensions are running out, but many small businesses who own commercial property are short on cash and are still recovering from the down turn, making them less favorable to lenders. 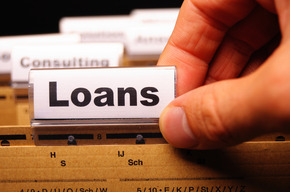 As of last summer, almost one in three loans expected to be due through 2016 were under water, according to a Trepp estimate.   "Roughly 20,000 small commercial properties...are facing distress in the next 12 months," Phil Jemmett, chief executive at Breakwater Equity Partners, told the WSJ. "We expect similar numbers in the next three years, and then it will taper off after 2016."

Overall, analysts are not worried about commercial properties experiencing a complete collapse.  In January a report found 60 percent of $399 billion of troubled commercial properties tracked since 2008 have been purchased by a third-party investor or refinanced, the WSJ reported.  This falls in line with the ULI/E&Y (Ernst & Young) Real Estate Consensus Forecast that reports confidence rising in U.S. commercial markets.

However, this positive outlook applies less to small businesses. With so many loans due in the near future and lenders scrutinizing loan applications, foreclosures could rapidly increase in the coming years.