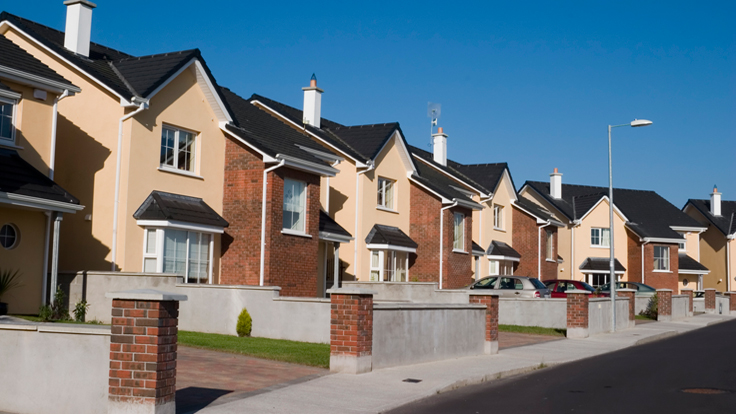 
President Barack Obama took the stage in a Phoenix high school yesterday to endorse bipartisan legislation that would "end Fannie [Mae] and Freddie [Mac] as we know them," a move that could have long term ramifications for homebuyers.

On the other hand, a bill in the Republican-controlled House would almost eliminate the government's role in the mortgage financial system, limiting the Federal Housing Administration to insuring loans only for first-time and lower-income borrowers.

"We all agree that the system with Fannie and Freddie needs to be changed. The real question is, do we reform it or kill it the way House Republicans want to." - Rep. Michael Capuano, D-Mass

Either bill would prevent taxpayers from footing the bill of a future bailout, but could consequently affect homebuyers.

"It will mean higher mortgage rates,'' Mark Zandi, chief economist at Moody's Analytics told the Associated Press. "The question is how much higher.''

The mortgage industry was also quick to suggest eliminating the agencies could lead to higher prices for home buyers.

"You have to assume that almost in any future model being drafted, loans will be more expensive,'' David Stevens, CEO of the Mortgage Bankers Association and a former Obama administration housing official, told the AP.

Mr. Obama's plan would overhaul the two giant mortgage-finance companies that are currently under government control, which were rescued with a $187 billion taxpayer bailout during the financial crisis.

"For too long these companies were allowed to make huge profits buying mortgages, knowing that if their bets went bad, taxpayers would be left holding the bag," Mr. Obama said in the speech. "It was 'heads we win, tails you lose,' and it was wrong.''

Under Mr. Obama's plan, Fannie and Freddie would lose the implicit guarantee of a future government bailout and more risk would be placed on private investors.

"First, private capital should take a bigger role in the mortgage markets," Mr. Obama said. "I believe that our housing system should operate where there's a limited government role," he added, "and private lending should be the backbone of the housing market."

For decades, Fannie Mae and Freddie Mac purchased mortgage loans from lenders before packaging them as bonds to sell to investors with a guarantee against default. Lenders, in turn, were left with more money to keep lending. But that resulted in the government rescue when the agencies were on the brink of failure caused by risky mortgages.

Fannie and Freddie currently own or guarantee almost half of all U.S. mortgages and 90 percent of new ones, the AP reports.

While politicians appear to agree on the need to wind down the government-backed agencies, there is little agreement on how to do it in notoriously deadlocked Washington.

"We all agree that the system with Fannie and Freddie needs to be changed," Rep. Michael Capuano, D-Mass., the ranking Democrat on the House Financial Services subcommittee on housing and insurance, told USA Today. "The real question is, do we reform it or kill it the way House Republicans want to."

There are also concerns that eliminating the agencies will make it harder for consumers with lower incomes to get 30-year fixed mortgages.

"Those people are now going to be locked out of the system or many will end up paying a premium because of these changes," said John Taylor, chief executive of the National Community Reinvestment Coalition, a housing advocacy group.

As the U.S. housing market continues to show signs of a recovery with lenders loosening restrictions on credit, fewer foreclosures and home prices increasing, Mr. Obama said it is important to learn from the past.

"As home prices rise, we can't just re-inflate a housing bubble," the President said. He spoke of "laying a rock-solid foundation to make sure the kind of crisis we just went through never happens again."