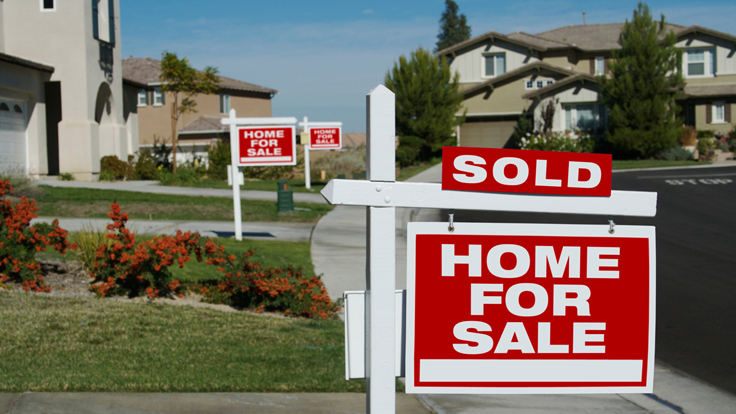 
Home prices in the 20 cities tracked by the S&P Case-Shiller Home Index increased by 12.2 percent in May from a year earlier, the biggest year-over-year gain since March 2006.

All 20 cities posted annual gains as well as increases from April, with Dallas and Denver reaching record levels, moving above their pre-financial crisis peaks, Case-Shiller reports. This is the first time any city in the index has reached a new all-time high, post crisis, the firm said.

Prices were up 2.4 percent from April to May, with all 20 cities showing positive results.

The latest data from Case-Shiller reflects the market in May, but there have been shifts since then. Mortgage rates have started to rise and pending home sales numbers released yesterday by the National Association of Realtors suggested sales had started to slow.

But the Case-Shiller data illustrates the strength of the recovery across the country. In addition to the record highs in Dallas and Denver, five cities - Atlanta, Chicago, San Diego, San Francisco and Seattle - posted monthly gains of over three percent, the first time that has happened in the index's history.

"The overall report points to some shifts among various markets," Mr. Blitzer said. "Washington DC is no longer the standout leader and the eastern Sunbelt cities, Miami and Tampa, are lagging behind their western counterparts." 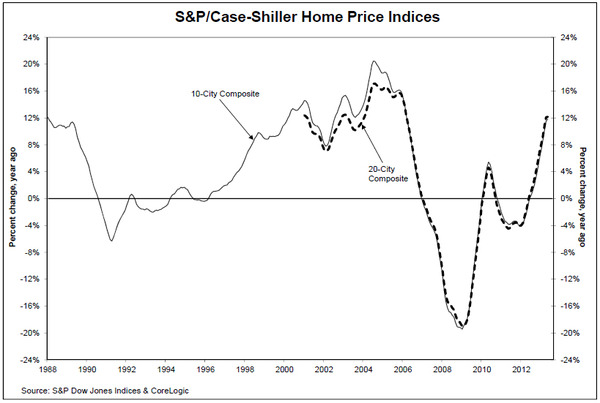 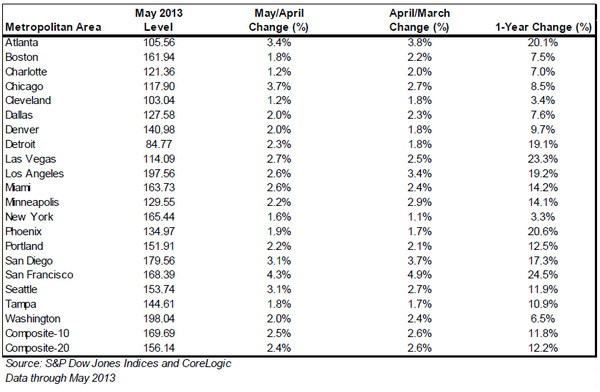