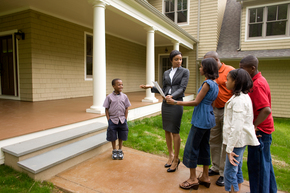 For those wondering where the future of real estate lies, start taking a good hard look at America's younger generation, particularly those aged 17-31. At least that's the news reported from the recent National Association of Realtors mid-year legislative meetings and trade expo.

According to panelists at the "Shifting Demographics and Housing Choice: A Whole New World?" session, absorption of homes over the next two decades will be fueled largely by Echo Boomers, or those people typically heading into college or recently coming out of college and starting careers.

There are approximately 62 million echo boomers in the U.S. Also called "millennials," echo boomers are currently ages 17-31. According to the 2011 National Association of Realtors Profile of Home Buyers and Sellers, younger home buyers - those ages 18-34 - represent 31 percent of all recent home purchases.

"We know that although many young people may be delaying home purchases in today's economic climate, most of them still aspire to homeownership," said NAR President Moe Veissi, broker-owner of Veissi & Associates Inc., in Miami. "Realtors are committed to ensuring that the dream of homeownership can become a reality for generations of Americans to come."

During the session, economists from the NAR, the University of Washington, and Florida State University presented various research and data that illustrate the future of homeownership from a generational standpoint.

"Demography is destiny," said NAR Chief Economist Lawrence Yun. "In that vein, demographics can provide very useful insights into the future of housing and homeownership, and the results of these reports indicate that certain generational shifts will have a significant impact on the real estate industry over the next two decades."

NAR Economist Selma Hepp identified several key demographic trends on both ends of the housing age spectrum. The demand for affordable, accessible housing will increase as the 65-and-over population grows; at the same time, as seniors leave their homes and move into assisted living and other arrangements, they will add to the current supply of housing. Because of their sheer size, however, echo boomers will significantly impact the next two decades in housing.

"Echo boomers represent a long-term opportunity for a housing market recovery, but they are struggling in the current economic crisis," said NAR's Selma Hepp. "Consequently, demand for rental housing is likely to climb in the near term."

Glenn E. Crenlin from the Runstad Center for Real Estate Studies at the University of Washington shared his insights into recent declines in homeownership and whether those declines indicate possible generational trends.

"It is worrying that the homeownership rate for those under 35 has fallen more sharply than the rate for older Americans," said Crenlin. "But I think we need to examine homeownership rates by generation in a more balanced way. Although the Millennial generation does not own homes at the same percentages of those in other generations, many of them are still in the early stages of household formation - in fact, some of them are still in high school."

"Given these data, what we're looking at in terms of the millennial generation is likely only a delay in homeownership of three to five years, not a long-term trend away from homeownership itself," said Crenlin.