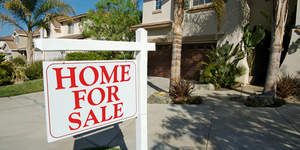 RE/MAX, one of the world's largest residential brokerage organizations, recently reported the U.S. housing industry is staging a recovery with increasing sales and stabilizing prices.

This claim is based on the latest RE/MAX Market Insights report, which shows four out of five agents believe U.S. home prices won't decline further. In fact, nearly 70 percent predict prices will go up, led by a strong demand for homes in the low to middle price ranges.

"To active real estate agents, this market is definitely heating up," RE/MAX chief executive officer Margaret Kelly said. "They are witnessing a recovery across the country fueled by home buyers and sellers taking advantage of a significant market opportunity."

Agent opinions are documented in the quarterly RE/MAX Market Insights, an online survey of 1,022 residential experts. Collectively, RE/MAX agents sell more real estate than any other real estate network in the U.S.

Among the key findings in the latest quarterly report are 68 percent of agents say prices will rebound by the end of 2012 and today's prices are 29 percent below the peak reached during the housing bubble.

Meanwhile, demand for lower-priced properties remain "good or very good," according to 80 percent of agents, while 71 percent of the agents surveyed say demand for homes in the middle-price ranges are "fair to good." Demand for high-priced homes: 58 percent call it poor to fair.

The national survey also shows roughly one third of the homebuyers served by RE/MAX agents are first-time buyers, another third are homeowners looking to sell so they can move up or downsize and the remainder are mostly investors, who believe the market has hit bottom.

One out of every five buyers pays cash, receiving an average discount of 15 percent.

The most significant challenges facing first-time homebuyers are having an acceptable credit score, posting a down payment, and facing a shortage of homes for sale. Repeat buyers have the added burden of selling their current home. They, too, are facing a scarcity of homes to purchase in the lower and middle price ranges.

"With distressed properties still making up a sizeable portion of homes on the market, this inventory is being cleared effectively by buyers, who don't mind investing a little to fix up a property in return for an attractive bargain," Kelly added.

Among buyers' highest priorities were quality of schools, and condition and size of the home. The lowest priorities included public transportation, walkability and energy efficiency.

RE/MAX was founded in 1973 by Dave and Gail Liniger, who still lead the Denver-based global franchisor today. RE/MAX operates in more than 80 countries.