Home values in the U.S. are expected to increase by a modest 3.2 percent over the next year, led by California markets, according to the new Zillow Home Value Forecast.  Out of the 261 markets in the Zillow forecast, 223 are expected to experience an increase in home values.

The largest home value jumps are forecast for the Riverside metro area of California, where prices are expected to increase 17.2 percent, and the Sacramento metro area, which is expected to see an increase of 15.6 percent.

In Zillow's real estate market reports for the first quarter of 2013, U.S. home values increased by 0.5 percent from the previous quarter to $157,600 and were up 5.1 percent year-over-year.   The increase represents the fifth consecutive quarter of national home value increase. However, the appreciation is slowing, with only a 0.1 percent national increase reported in the last two months. 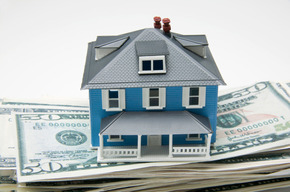 Overall, 75 percent of the metro areas in the Zillow report posted annual home value increases with Phoenix reporting the largest increase, jumping 24 percent from a year ago. Home values have returned to June 2004 levels, but are still 18.7 percent lower than their peak in May 2007, according to Zillow.

The latest report from the National Association of Realtors shows signs of recovery around the country, but sales have been slow by the lack of inventory.

Zillow reports 231 markets have already hit bottom for home values and expect another 18 to hit bottom by this time next year. Cincinnati, Chicago and Philadelphia are among the cities expected to hit bottom this year, Zillow predicts.

"These markets have been gliding along the bottom for a while and have not seen sustained home value appreciation to lift them off that bottom," Zillow said in its report.

"The housing recovery remains uneven across the country. Major metropolitan areas, such as New York, Chicago and Atlanta are still experiencing slight home value declines or are moving along a bottom in home values, while other metro areas are experiencing unsustainably high home value appreciation, such as Phoenix, Las Vegas and many part of California.

While for-sale inventory still remains tight across the country, especially in the current "hot markets" of California, many markets are starting to see inventory constraints starting to ease. Steep home value appreciation rates are leading to fast declines in negative equity, with 27.5% of homeowners with a mortgage underwater in the fourth quarter of 2012. Metropolitan areas in California, as well as Phoenix and Las Vegas, have more than 40% and even 50% of homeowners with a mortgage underwater, so homeowners in these metros will be lifted out of negative equity at a faster pace than the rest of the country."