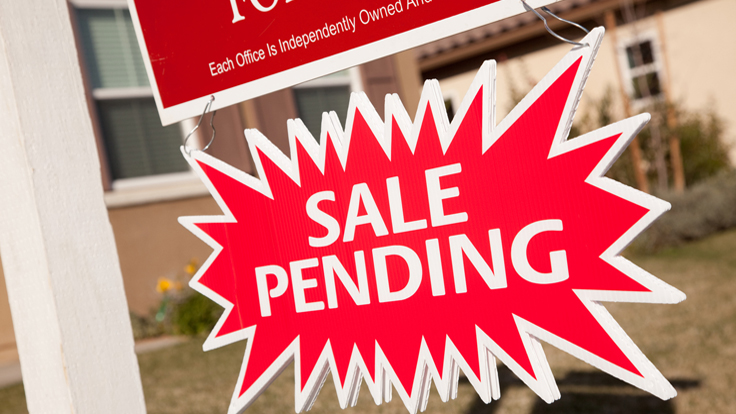 
The number of existing home sales dipped in March from the previous month, but prices continued to rise, according to the latest data from the National Association of Realtors.

The volume of sales slipped 0.6 percent from February, but was still 10.3 percent higher than March a year ago. NAR blamed the month-to-month drop on "inventory constraints," which also pushed up prices.

The national median price for an existing home was $184,300 in March, an 11.8 percent increase from the same month a year ago. The price increase was the largest year-over-year jump since November, 2005, NAR reports.

"Buyer traffic is 25 percent above a year ago when we were already seeing notable gains in shopping activity," NAR chief economist Lawrence Yun said. "In the same timeframe housing inventories have trended much lower, which is continuing to pressure home prices."

The inventory of houses available for sale actually rose 1.6 percent in March from the previous month, but was still down 16.8 percent from a year ago. There is a 4.7-month supply of homes on the market at the current sales pace, compared to a 6.2-month supply a year ago.

"The good news is home construction is rising and low mortgage rates are continuing to keep affordability conditions at historically favorable levels," Mr. Yun said. "The bad news is that underwriting standards remain excessively tight, while renters are getting squeezed by higher rents."

Other key takeaways from the NAR report: