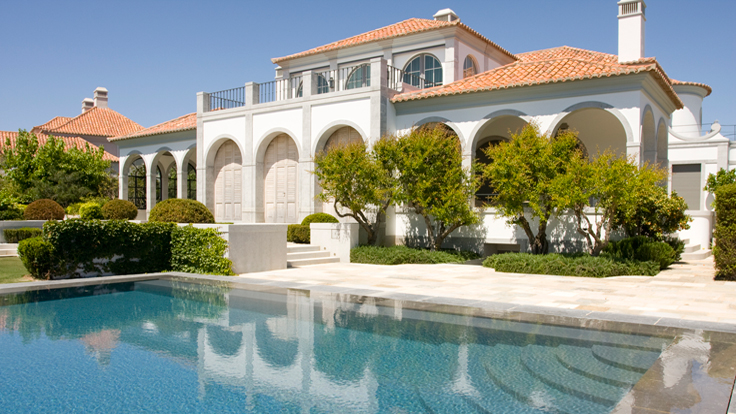 Mansion Foreclosures Skyrocket in US


Foreclosure activity for U.S. mansions increased 61 percent year-to-date through October, compared to last year, according to a report from RealtyTrac.

By contrast, overall U.S. foreclosure activity increased just 2 percent from September to October, and is down 23 percent year-to-date compared to last year.

The delayed increase in mansions -- considered $5 million or higher -- may not be all due to lenders, RealtyTrac highlights. Some homeowners may have had the financial means to hold out against foreclosure activity for a longer time than average homeowners.

The top market for ultra high end foreclosures is Miami-Fort Lauderdale-Pompano Beach in Florida, where 47 properties reported foreclosure activity in the year to October, a whopping 488 percent higher than last year.

Florida and California accounted for more than 60 percent of all mansion foreclosure activity year-to-date, not surprising as both states suffered heavily during the crisis and offer an abundance of high-value coastal property.

The report does offer good news. With an improving economy, lenders may be able to weather the big-tickets losses from these properties. The recovering housing market also means more prospective buyers, leading to higher sales prices, allowing lender to recoup more of their loses from the large loans.

"So far in 2013 we've had 34 properties close over that price [$5 million] with the average sale being $7.7 million," Emmett Laffey, CEO of Laffey Fine Home International, covering the five boroughs of New York, said in the report.  "Any foreclosure properties in this type of ultra-luxury market usually get purchased very quickly since there is one thing all super rich buyers want - an outstanding deal on a real estate transaction, and in most cases foreclosures of this magnitude come with several million more dollars of built-in value."