Foreign investors have invested over EUR 1.5 billion ($1.8 billion ISD) in Dutch rented housing in 2014. A total of approximately 14,300 rental homes were sold to foreign investors in approximately 10 different transactions. Around 52% of the homes involved were properties in the regulated segment. Announcements of additional transactions are expected in the short term.

The largest newcomer on the Dutch market is Round Hill Capital, which acquired various major portfolios in 2014, including from CBRE Global Investors, Wooninvesteringsfonds and Propertize. The largest transaction involved Patrizia, which acquired Vestia's portfolio for EUR 578 million ($690 million USD). Other Dutch residential market new entrants include Aventicum, BNP Paribas REIM Germany and Heitman.

The results are in line with a survey conducted by Capital Value at the start of 2014 into interest among international investors in the Dutch residential investment market. This survey revealed that over EUR 1 billion was available to purchase Dutch rental housing. According to the Director of Capital Value, Marijn Snijders, "Foreign investors have a lot of capital available. Because a number of major portfolios came on the market in 2014, investments from abroad have exceeded expectations."

The newcomers on the Dutch residential market have differing investment profiles. Some of the foreign investors are active on behalf of foreign pension funds from Germany, the United States and the Middle East, for example. There are also investors using private equity on behalf of a wide variety of family offices.

Foreign investors need to be of a certain scale to enter the market. In addition to the major portfolios sold by Vestia, WIF and Propertize, there were also various smaller transactions involving foreign investors.

It is striking that international investors are also investing in the more peripheral areas outside the Randstad conurbation and that around 52% of the homes purchased are in the regulated segment. The foreign investors therefore complement the Dutch institutional funds who have a strong preference for the new-build residential properties in the Randstad that are set to be deregulated.

The new arrivals on the market have indicated that their investment horizon is long. Strategic management is therefore an important issue for these foreign investors. A number of international investors are opening new Dutch offices and others are forming joint ventures with Dutch partners. However, in nearly all cases, existing Dutch property managers are being used for day-to-day management and contact with tenants.

According to the Capital Value survey, the expectation is that there will continue to be a lot of foreign interest in the Dutch market over the coming year. The Netherlands continues to face a shortage of good rental housing due to the growth in the number of households and ongoing low levels of newbuild production. Therefore, investments in this segment will remain interesting to both Dutch and foreign investors in 2015. The results of the survey will be published in February 2015. 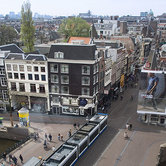 According to recent numbers from Capital Value, the Netherland's transaction volume of the residential investment market will once again reach record levels in 2019. While a record of 8.5 billion euros in investment was reached last year

According to Knight Frank's latest European Quarterly Report, the European office market recovery has gained traction, on the back of improving corporate sentiment. 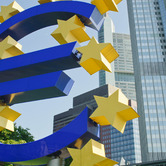 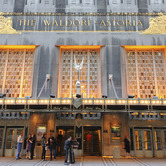