» Seattle Edition | By Monsef Rachid | December 9, 2019 9:05 AM ET
Signup for Our Weekly Newsletter »
According to new rankings from Redfin, Minneapolis, Portland and Chicago are the most bikeable cities in the U.S. for the second year in a row.

The ranking is based on data from Bike Score, a tool by Redfin company Walk Score that rates the bikeability of neighborhoods, cities and addresses. Scores are based on several factors including access to bike lanes and hilliness. Cities where daily errands can be accomplished by bike score 90 points and above, cities where biking is convenient for most trips score 70 to 89 points and cities with some bike infrastructure score 50-69 points.

"Fair-weather bikers like myself are out in full force during the summer months in Minneapolis, but you still see bike commuters with ski goggles year round," said local Redfin agent James Garry. "Homebuyers moving to Minneapolis from a different area are always pleasantly surprised by how easy it is to bike everywhere here. The streets have dedicated bike lanes, many of which connect to suburban trails, and a lot of companies provide locker and shower facilities for bike commuters. The city's bike culture is especially important to buyers looking at downtown condos, as they're often looking to get rid of at least one car."

Portland Redfin agent Daniel Brooks said dedicated bike lanes throughout the city and the Tilikum Crossing Bridge, a car-free bridge for use by cyclists, pedestrians and public transit, contribute to the area's bike culture.
"We live in a relatively small area that makes for a short bike commute to work," Brooks said. "I've worked with a lot of clients who buy homes on the east side of Portland and bike to work downtown over the Tilikum bridge. We're also seeing more newly built condos with limited parking, which encourages people to ditch their cars and rely on bikes."

St. Louis experienced the biggest increase in its Bike Score from 2018, up nine points to 62. It's followed by Long Beach, CA, up eight points to 69.

"Long Beach added several new bike lanes to its city streets in the last few years and divided the beach path so there are designated lanes for bikers and pedestrians. The path runs along a white sand beach, providing direct access to the Pacific Ocean and the city's popular Belmont Veterans Memorial Pier," said local Redfin agent Costanza Genoese Zerbi. "Although there has been some controversy around adding bike lanes to crowded city streets--some people believe they can cause congestion and safety issues--I count myself among Long Beach residents who take advantage of the sunny Southern California weather and the bike paths."

Below is the ranking of the top 10 U.S. cities (with populations of more than 300,000) for biking:
Sponsored by
Related News Stories 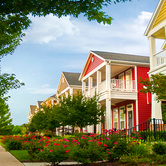 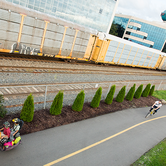