The stimulus bill, known as the CARES Act, supplements other measures taken by the federal government, including a moratorium on foreclosures and evictions for many homeowners and renters, as well as a mortgage forbearance program.

Below is a list of the 50 largest metropolitan areas, ranked by the percentage of homeowners who could cover most or all of their one-month mortgage payment, plus basic utility costs, with $1,200. Since some households will receive more than one check, Redfin also calculated the share of homeowners in each metro who could pay for most or all of a one-month mortgage payment and utilities with two checks, or $2,400.

How Far Government Stimulus Checks Will Go for Homeowners in the 50 Largest U.S. Metros 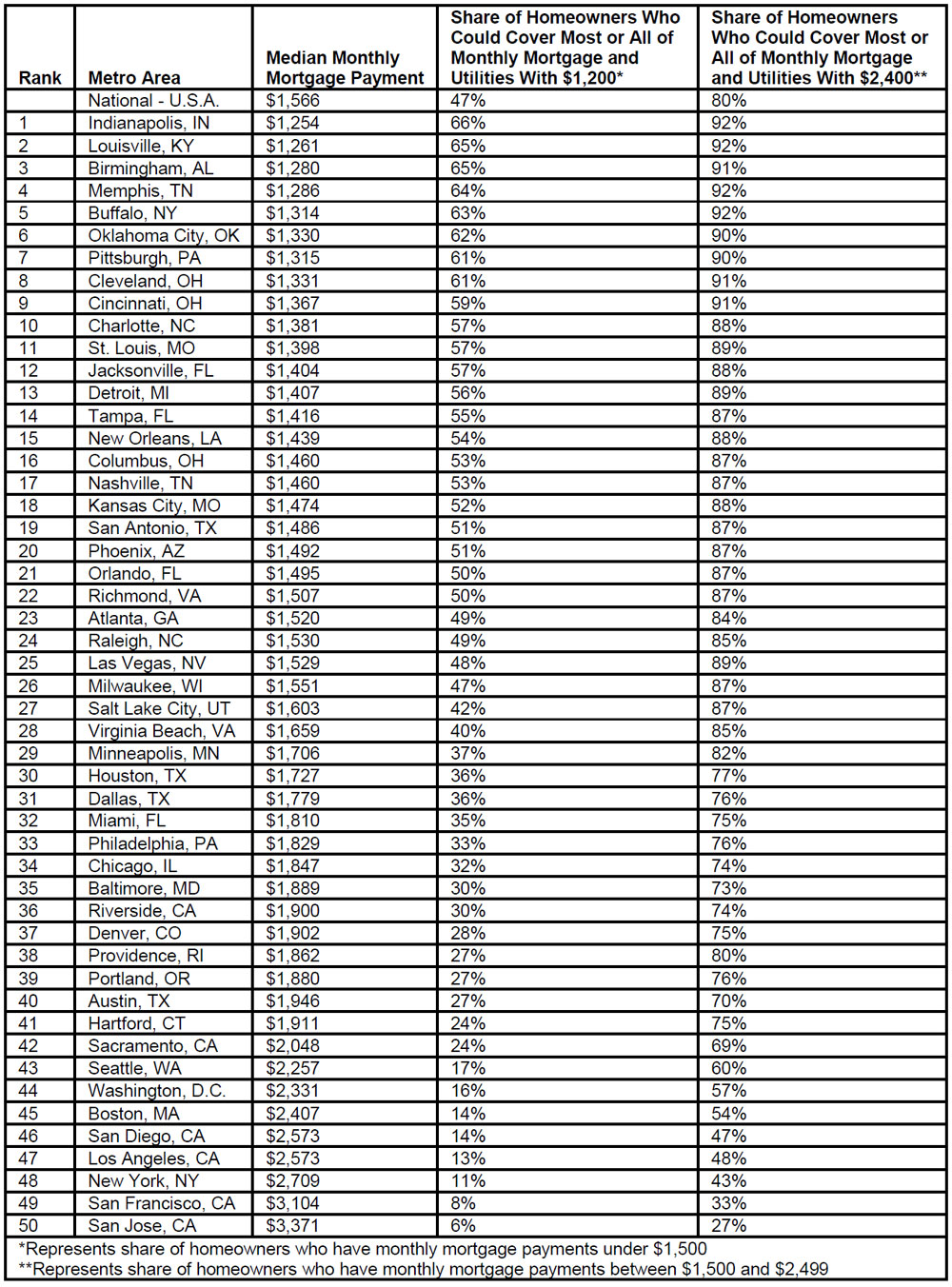 Indianapolis, where the median monthly mortgage payment is $1,254, ranked number one. Two-thirds (66%) of homeowners there could cover most or all of their monthly mortgage and utilities with $1,200. It was followed by Louisville, KY and Birmingham, AL, both at 65%. On the other end of the spectrum was San Jose, CA, where the median mortgage payment is $3,371. Just 6% of homeowners there could cover their monthly costs with a $1,200 check--the lowest share of any metro Redfin analyzed. In second-to-last place was San Francisco, at 8%, followed by New York, at 11%.

"In Indianapolis, the overwhelming feeling is that when our local economy does come back, it will come back with a vengeance," said local Redfin market manager Jake Johnson. "With the cost of living in Indiana already so low, many residents may use the government stimulus to be good neighbors by supporting local businesses, though workers in the hardest-hit industries, such as hospitality, may use it to pay their mortgages."

How Far Government Stimulus Checks Will Go for Renters in the 50 Largest U.S. Metros

Redfin also measured how big of an impact the White House's aid package will have on renters in each of the largest metropolitan areas. 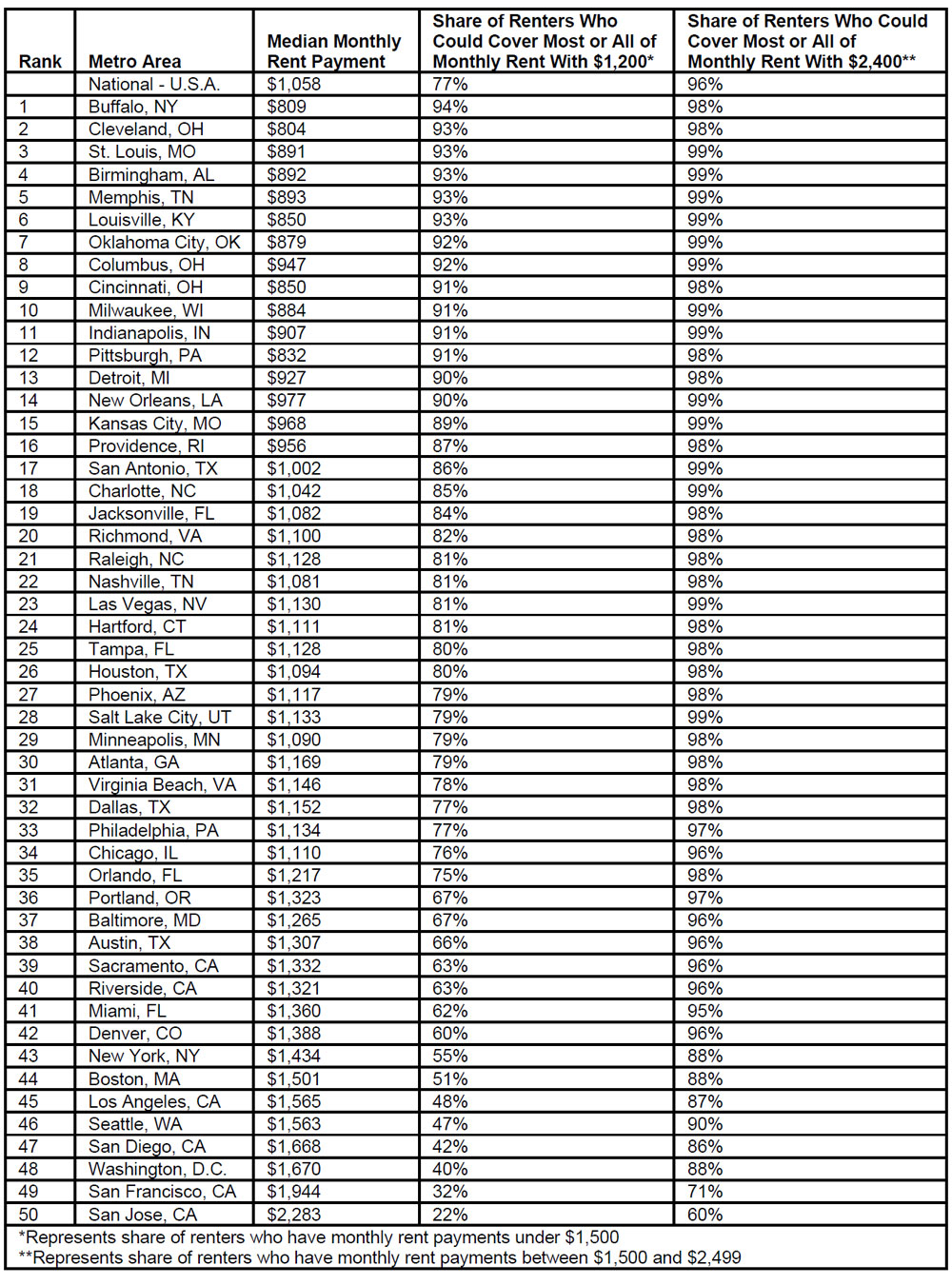 In every metro area, there was a higher portion of renters than homeowners that could cover monthly costs with $1,200, as rent is typically less expensive than a mortgage. In Seattle, for example, $1,200 would cover one month's rent for almost half of all renters, while it would only cover a month's mortgage for 17% of homeowners. Providence, RI showed the largest disparity, with 87% of renters who could cover monthly costs using $1,200, compared with less than one-third of homeowners. The metro with the smallest disparity was San Jose, where only 16% more renters than owners could pay off monthly expenses with $1,200.