Property listings portal Zillow is now reporting that over the next year, 23 more cities across the U.S. will make Zillow's "$1 Million City List," defined as a city with a median home value of $1 million or more.
The U.S. currently has 197 $1 million cities, with 33 of those breaking the seven-figure threshold in just the past 12 months, according to a new Zillow analysis.

While home values in the U.S. are expected to rise 6.6 percent over the next year, some hot markets, especially in California, are expected to have home-value appreciation in the double digits. The San Francisco metro is forecasted to gain seven $1 million cities by June 2019, with Fairfax, East Palo Alto and Broadmoor Village expected to appreciate the most among those cities. San Francisco currently has 46 $1 million cities -- more than any other metro in the analysis.

Pricey cities aren't the only places experiencing rapid home-value growth -- home values are rising across the country, with the median home value in the U.S. higher than ever before. Over the past year, U.S. home values rose over 8 percent to $217,300. According to the most recent Zillow Housing Aspirations Report, more than 70 percent of renters say they often think about owning a home, but 66 percent of them cite saving for a down payment as one of the key impediments holding them back.

The Los Angeles metro is expected to gain five new $1 million cities in the next year, and the New York metro will gain three. Boston, Seattle and San Jose will each have two cities that will appreciate to a median home value of $1 million or more in the next year.

"The number of million-dollar cities has doubled over the past five years. These markets tend to be affluent and exclusive suburbs with very strict building restrictions in communities adjacent to finance and tech hubs," says Aaron Terrazas, Zillow senior economist. "Although home value growth is expected to slow over the next year, particularly at the high end of the housing market, the number of cities where more than half of homes are valued in the seven digits is expected to jump to a new all-time high over the next 12 months." 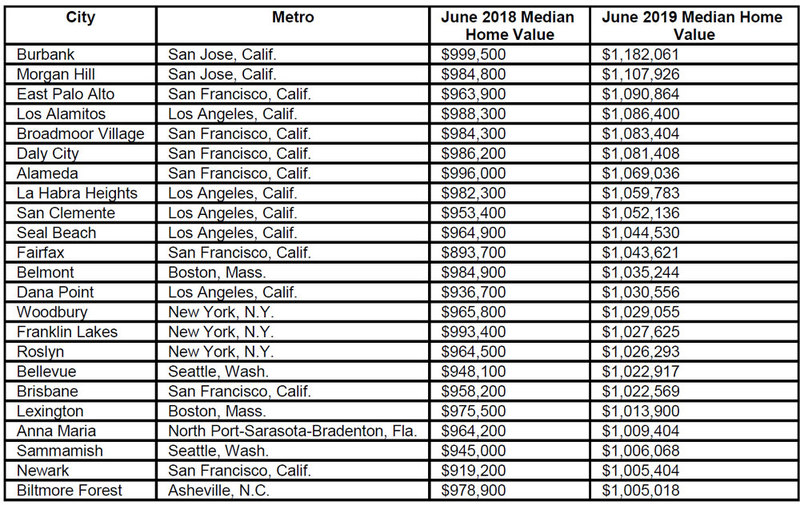 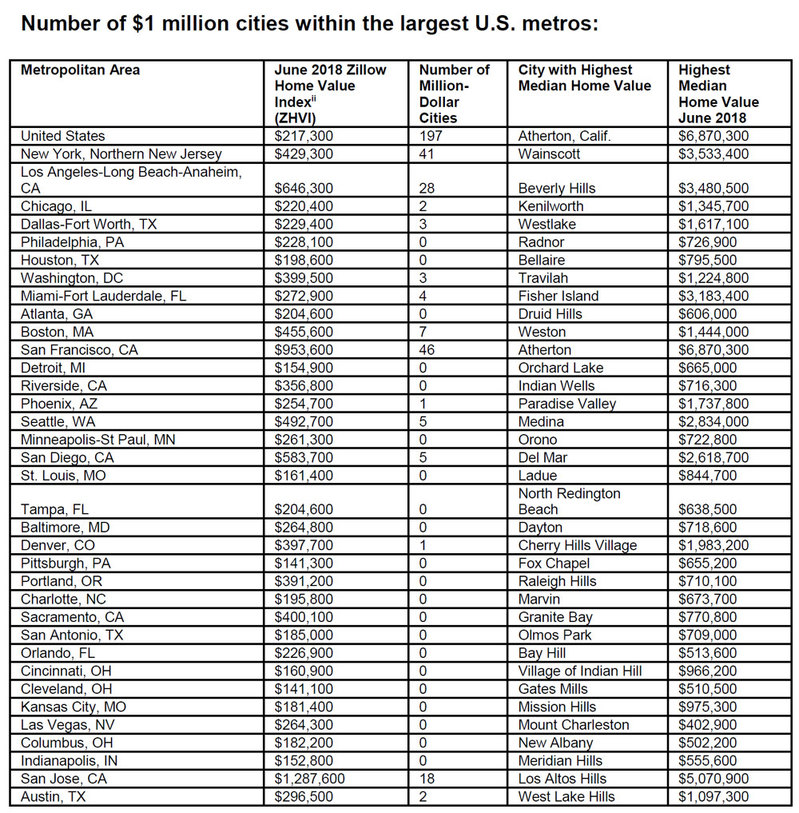