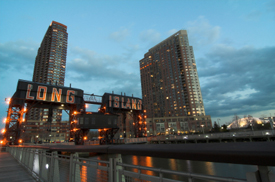 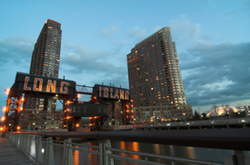 In an article posted in June, I warned that a home price collapse in the New York borough of Queens was almost certain to occur.  Let's take another look at Queens to see if there is any new evidence to support this assertion.

Last December, Governor Paterson of New York signed legislation which requires all lenders as well as loan assignees to send a 90-day pre-foreclosure notice to all delinquent homeowners.  This notice must be sent at least 90 days before the lender commences any foreclosure proceedings against a seriously delinquent borrower.

To aid owner-occupants, the notice informs the borrower of steps which can be taken to avoid foreclosure, especially counseling services.  It also states clearly that if the borrower does not become current on the mortgage within 90 days of receiving this notice, the lender has a right to file a notice of default which is the start of formal foreclosure proceedings.

On October 7, the New York State (NYS) Banking Department reported that between mid-February and the end of August, more than 400 bank servicers sent 134,000 pre-foreclosure notices to delinquent NYS homeowners.  That is more than 20,000 per month.

Suffolk County on eastern Long Island led the state with 19,990 notices during this six month period.  Queens County had the second highest number of new defaults - 15,184.

Do we finally have accurate and complete figures for serious delinquencies in Queens and all of New York State ?  Not really.  The notice is required only for owner-occupied properties.  Queens has almost as many 2-4 family units owned by investors as it has single-family homes.

In addition, the servicer is not required to file this pre-foreclosure notice for any property which it knows has been abandoned by the owner.  Finally, pre-foreclosure notice information was pouring into the Department of Banking at a rate of 25,000 per month between June and August.  Clearly, the final tally is not in and there are lots more to come.

Do we learn anything from the Banking Department's October report?  Yes, though not for Queens specifically.  More than 70,000 of the 134,000 pre-foreclosure notices were sent out to homeowners for loans originated in 2005-2007 during the height of the bubble.  No big surprise there, though one more useful confirmation that the bubble mortgage loans are the epicenter of the crisis.

Are Banks Finally Moving Against Defaulted Homeowners in Queens?

In my previous article, I pointed out that in mid-June, slightly more than 9,000 Queens properties had been placed into default by the servicing banks.  A mere 1,400 homes had been repossessed and placed into their REO inventory.

Has this situation changed since then?

We must keep in mind that according to the OCC and OTS Mortgage Metric Report, 90% of loans serviced by the major banks are owned by others - by Fannie Mae, Freddie Mac, smaller banks, pension funds, credit unions, thrifts, Federal Home Loan banks, individual investors, foreigners and others.  The vast majority of these loans sit in mortgage-backed securities (RMBS).

Only 3,275 properties have been placed into default this year in Queens.  As of October 10, Realtytrac listed 7,403 properties in default but not yet foreclosed by servicing banks.  That is down by over 1,600 since my earlier article was posted.  Does this mean that bank foreclosure activity has picked up?  Not at all.

Realtytrac lists a mere 1,282 properties in the banks' REO inventory.  Roughly 130 of these REO properties are described as "For Sale" by the website and all have been repossessed since the beginning of this year.

Half of the Queens REO properties were repossessed before May 2009.  At least 150 have been owned by the banks for more than two years.  The majority of these REOs have outstanding mortgage debt in excess of $400,000.  Clearly, the banks are still sitting on their inventory rather than placing them on the market.

Have Home Sellers in Queens Come to Their Senses Yet?

Because the banks are putting so few foreclosed properties on the Queens market, sellers are under no competitive pressure from foreclosure sales as they are in almost every other bubble metro.

A search on the Long Island MLS on October 10 for single-family houses for sale in the middle class Queens community of Bayside showed 3-bedroom houses starting at $468,000 and going up from there.  Sellers can remain in fantasyland because of the lack of REO listings.  No wonder a total of only 1,671 new and existing houses and condos were bought in Queens in the second quarter according to DataQuick.  That's an average of 557 sales per month for a borough with a population of over two million.  The overwhelming majority of the 12,325 properties listed for sale on trulia are badly overpriced and just sit ... and sit ... and sit.

What About Those Serious Delinquencies?

In my previous Queens article, I provided evidence that there were more than 25,000 properties in Queens which were seriously delinquent by 60 days or more at the end of the first quarter of 2010.

Although we won't have fairly complete and up-to-date delinquency figures from the NYS Banking Department for several months, we do have reliable serious delinquency rates from a recent New York Federal Reserve Bank report using CoreLogic's massive database.  It found that 10% of all Queens first liens were at least 90 days delinquent at the end of June.  That was up from only 7.4% a year earlier.  We know from CoreLogic's cure rates that barely 1% of these delinquent loans will avoid default and forced liquidation.

We also know from the August Mortgage Monitor report put out by Lender Processing Services (LPS) that nationwide, seriously delinquent homeowners have not made a mortgage payment for an average of 312 days.  This means that in Queens, where mortgage payments of $3,000 a month or more are common, these walkaways have been pocketing at least $30,000 instead of sending it to their mortgage servicer.

Since roughly 90% of the loans serviced by large banks are owned by someone else, these "too big to fail" banks have little incentive to end the free squatting by all these homeowners.

What Does All This Mean for Queens Home Prices?

Although serious delinquencies are still climbing in Queens, the sham housing market shows no sign of facing reality.  The banks continue to hold foreclosed homes off the market, sellers ask outrageous prices for their properties, and very few homes are sold each month.

Yet in spite of this charade, the huge pipeline of distressed properties in Queens continues to grow and is heading inexorably toward the final end of forced sales.  Anyone thinking of buying a house or condo in Queens had better consider all these numbers before leaping.  A collapse in Queens home prices can be delayed by the banks, but it cannot be prevented.  Stay tuned.

[Note:  The serious delinquency rate (90+ days) for the Bronx was 11.8% at the end of the second quarter according to CoreLogic and was 9.5% for Brooklyn.  These two other large NYC counties are still headed in the same direction as Queens].