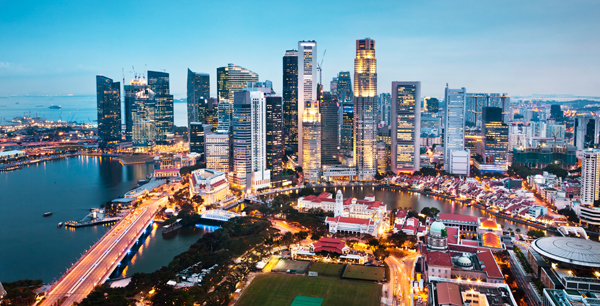 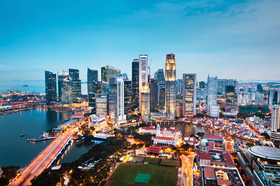 According to Jones Lang LaSalle's latest Asia Pacific Office Index, office markets in Asia Pacific experienced mixed fortunes in the fourth quarter of 2011. Despite a slowdown in average office rental growth and capital values, growth in some markets continued whilst others saw a slowdown in growth rates.

Rental growth in most major markets slowed in the final three months of 2011. Of the 27 featured office markets, only 14 saw an increase in net effective rents while for the remainder rents stabilised or recorded declines.  Aggregate rental growth across the region averaged just 0.9 percent quarter-on-quarter, slowing from 2.5 percent in the previous quarter.

Jeremy Sheldon, Head of Asia Pacific Markets at Jones Lang LaSalle tells World Property Channel, "We expect overall leasing demand to weaken moderately during 2012 due mainly to slower economic growth and corporate hiring. The regional office market in general continues to favour landlords although occupiers have become more reluctant to pay high rentals. We expect rents to increase in most markets over the short term, although Hong Kong and Singapore may see further softening given their greater exposure to global economic conditions. Rental growth of up to 25 percent is expected across the region for the whole year, with the strongest growth likely to be seen in markets such as Beijing and Jakarta."

"Uncertainty is prevailing at the moment in most of the markets and we expect capital values to move largely in tandem with rentals for 2012. Strong investment demand exists in China, and Australia and we see very little forced selling around the region. Although sentiment in Hong Kong and Singapore remains subdued, we see transaction activity picking up towards mid 2012 as investors see the entry point as a good one", said Stuart Crow, Head of Asia Pacific Capital Markets at Jones Lang LaSalle.