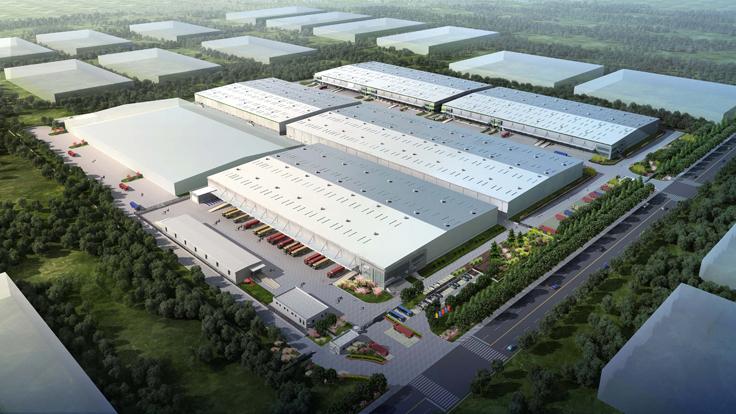 
The two most-active developers and operators of warehouse space in Asia, GLP and the Goodman Group, have been boosted this week by a multi-billion dollar influx of capital. The moves come as backers that include some of the world's largest sovereign wealth funds bet that the growth in China's economy and a recovery in Japan will lead to greater demand for logistics facilities.

Global Logistic Properties, or GLP, is a Singapore-based developer backed by money from the Singapore government. It announced that it has attracted $2.5 billion in investment from a group of Chinese finance companies.

The consortium includes the Bank of China, the private equity company Hopu and a large insurance company that was not identified. Their investment comes as China's middle class continues to boom and increase discretionary spending in the world's second-largest economy. While the rate of growth is slowing, China's GDP is expected to rise 7.2 percent this year.

"There is huge potential to improve the efficiency of the logistics industry in China, driven by the critical lack of modern logistics facilities," Ming Mei, CEO and co-founder of GLP, says.

At the same time, Goodman said the Abu Dhabi Investment Council, the emirate's sovereign wealth fund, was stepping up its investment in their joint venture with Goodman in Japan from $500 million to $800 million. The money will be used to expand the development program of that company, the Goodman Japan Development Partnership (GJDP).

That entity's first project, the 1.4 million-square-foot Goodman Sakai warehouse in Osaka Bay, is due for completion in March, and is already fully leased. The Abu Dhabi joint venture has started building another three projects, one in Nagoya and two in Tokyo Bay.

Both GLP and Goodman have large portfolios in Japan, where the developers build large, high-value state-of-the-art facilities near Tokyo and Osaka, and China, where they build smaller, cheaper warehouses in a wide range of cities. Investors can expect returns of 10 percent or more, based on performance so far.

"Our strategy in Japan is to focus on selectively pursuing high-quality opportunities in prime locations where we identify excess customer demand with limited competition," Paul McGarry, the CEO of Goodman Japan, says. "We only invest in locations and opportunities where we see immediate value and long-term growth."

Goodman's Japan Core Fund is also launching a new round of fund raising aimed at bringing in another $200 million from existing and new investors. That fund, which now has $900 million in assets, has already recently raised another $100 million to help fund the purchase of the Goodman Sakai warehouse, and plans to buy the other three warehouses as well, adding to its existing 11 facilities.

Sydney-based Goodman has said it aims to bring the size of that fund, which uses 10 percent of its assets to develop property and invests the rest in warehouses that have already been built, to $2.5 billion inside the next three years.

GLP, with $11 billion in assets under management in its funds, is the largest operator of warehouses in China. The GIC Private sovereign wealth fund, formerly known as the Government of Singapore Investment Corp., is the largest shareholder in GLP.

It also said this week that its warehouse development company in Brazil, the GLP Brazil Development Partners I fund, had raised an extra 538 million reals ($227 million), bringing that fund's capacity to $1.1 billion, including leverage. It has bought six warehouses and will use the extra money to expand and improve those sites, build more warehouses in Sao Paulo and Rio de Janeiro, and to seek LEED certification for its warehouses.

Goodman, which manages $20 billion of external assets in its funds, has heavy-hitter backers of its own. Besides the Abu Dhabi fund, it has heavy backing from the Canada Pension Plan Investment Board - which also backs GLP and is an investor in its Brazil fund.